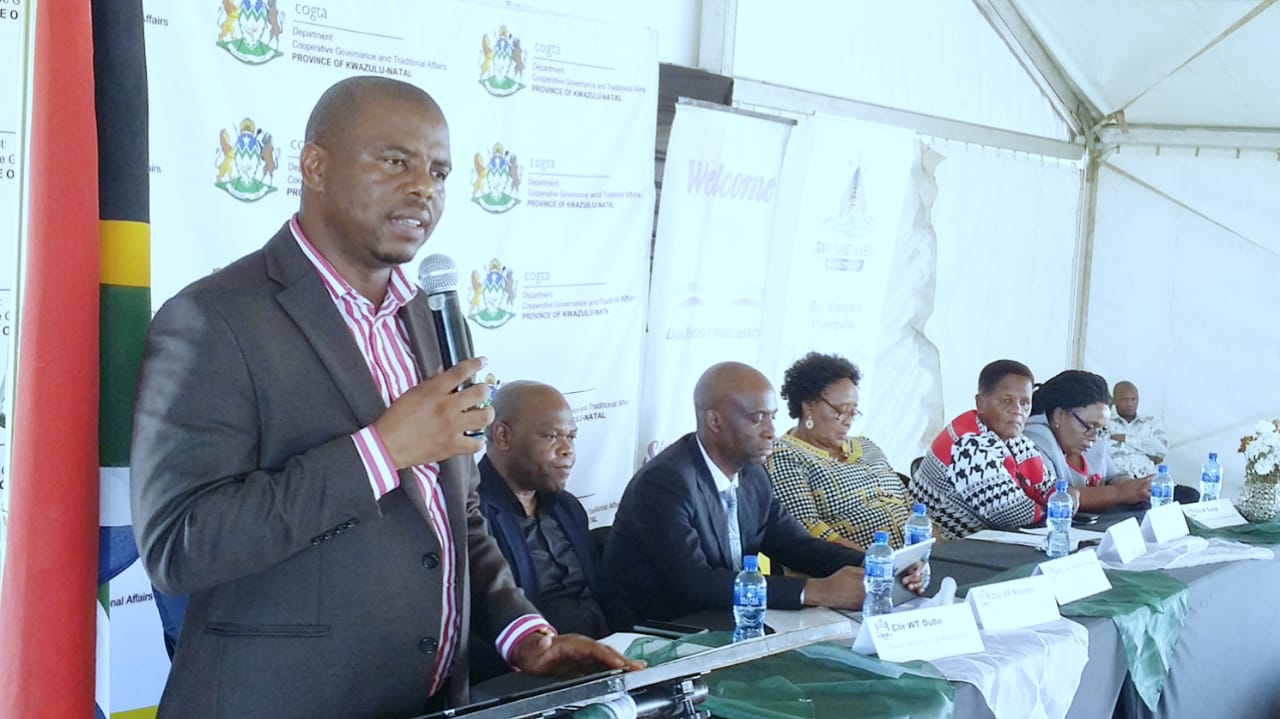 KZN MEC for Cooperative Governance and Traditional Affairs (Cogta) Sipho Hlomuka has learnt with shock and sadness of the senseless murder of Cllr Philip Mkhwanazi who represented the African National Congress in the Mtubatuba Local Municipality under the UMkhanyakude District.
Reports received by the Department indicate that Cllr Mkhwanazi died this morning in a hail of bullets fired by unknown assailants when he was outside his house in Khula Village, Dukuduku near St Lucia.
Hlomuka has condemned this senseless murder which comes at a time when the sphere of local government across the province is making immense strides in delivering services to communities under the toughest of conditions visited on us by Covid-19.
“As the sphere of local government in the province, we are saddened by the loss of yet another foot soldier in the battle to bring adequate services closer to our communities,” said Hlomuka.
Hlomuka has urged law enforcement agencies to leave no stone unturned in their efforts to apprehend the perpetrators of this ultimate act of cowardice. “The murder of a public representative is tantamount to subversion of democracy because councillors are servants of the people elected directly by the people,” said Hlomuka.
Hlomuka has passed his heartfelt condolences to the family of Cllr Mkhwanazi, the community of Mtubatuba which he served with such dedication, the Mtubatuba Municipality and his party, the African National Congress.
He has also urged community members to come forward with any information in their possession that could assist in the arrest and prosecution of those responsible for this heinous act.
Twitter: www.twitter.com/kzncogta
Facebook: www.facebook.com/kzncogta
Instagram: www.instagram.com/kzncogta
Website: www.kzncogta.gov.za
Ends.