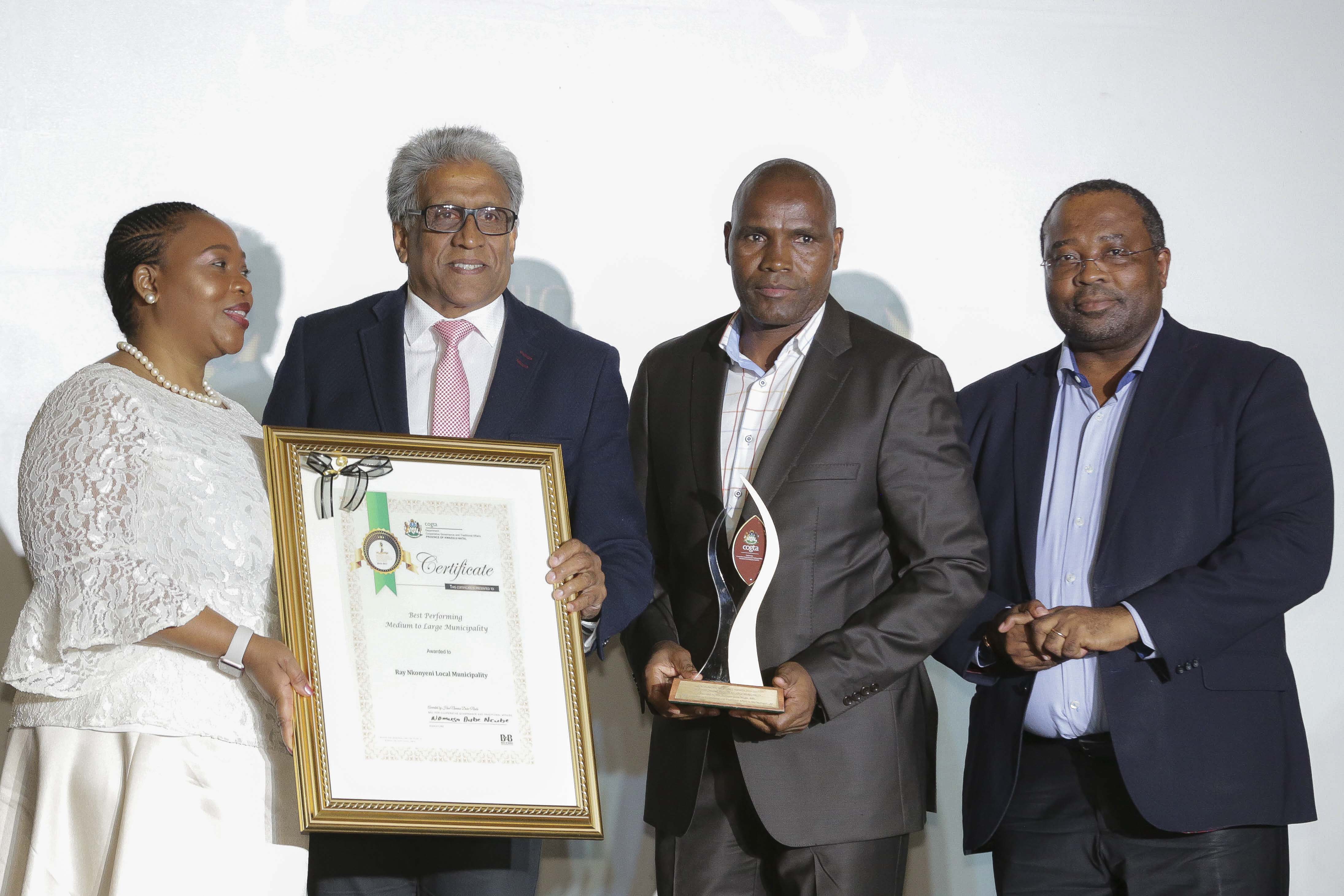 Local government excellence in KZN was celebrated last night, as the Department of Cooperative Governance and Traditional Affairs under the leadership of MEC Nomusa Dube-Ncube crowned the province’s best performing municipality at a prestigious ceremony at the Greyville Racecourse in Durban.

The Municipal Excellence Awards, which are an annual feature on the province’s local government calendar, celebrate excellence within our municipalities which through innovation and creativity find ways to bring services to our communities, sometimes under challenging circumstances.

“These Awards are an opportunity to celebrate those who have gone beyond the call of duty to render services to our communities. They encourage our municipalities by rewarding success and by recognising the hard work of many dedicated officials who take their jobs seriously,” said Dube-Ncube.

The following municipalities were crowned as best performing in their categories:

Awards were also given out for Municipalities that got clean audits namely:

The Amambo, Crop Production and the Mbabazane Packhouse, and Empangisweni Citrus and Vegetable Production were recognised for the best Best Amakhosi LED Project.

The awards also recognised the municipalities that had the best IDPs.

The MEC for Cogta urged winners to never drop their standards and pursue excellence in every area.