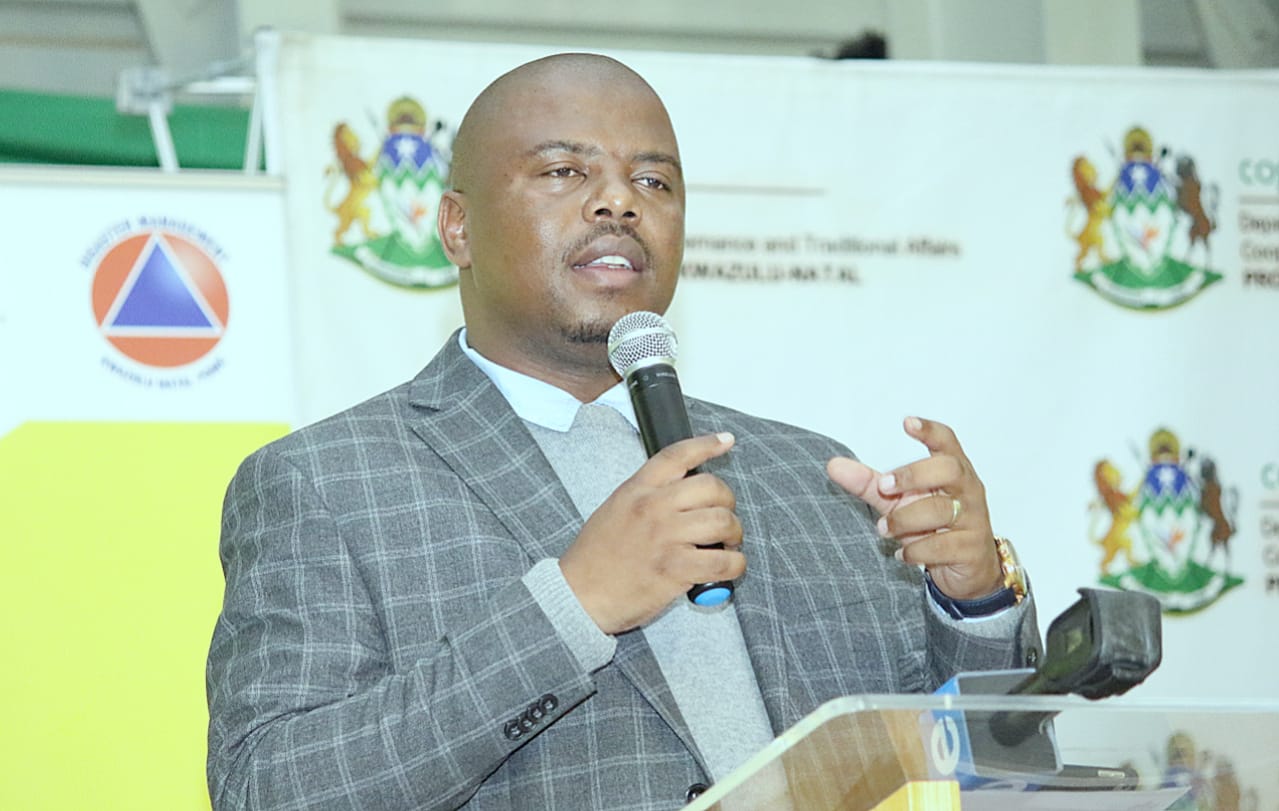 KZN MEC for Cooperative Governance and Traditional Affairs (Cogta) Sipho Hlomuka, together with the MECs for Transport, Community Safety and Liaison Bheki Ntuli and Agriculture Bongi Sithole-Moloi, yesterday visited the Nkandla local municipality, under the King Cetshwayo district, where they officially handed over 631 static tanks to the district.

The MECs’ visit is part of the provincial government’s ongoing interventions aimed at bringing water closer to communities. Cogta has already distributed 3000 static tanks to the province’s Water Service Authorities since the beginning of the year to facilitate the provision of water to communities.

Water provision has become even more urgent in the wake of the covid 19 pandemic which requires frequent washing of hands which is a critical part of hygiene.

According to the Cogta MEC, the deployment of the static tanks to the King Cetshwayo district is meant to support efforts that are being made by jointly by the district and the provincial government to bring water closer to our communities.

“The static tanks that we have provided today will be distributed by the district to the various strategic points in our communities. This will ensure that water is more accessible as our province is still recovering from the devastating drought which depleted a number of water sources. Many of these have not recovered even till today,” said Hlomuka.

Hlomuka together with the delegation also visited the Nkandla Water Treatment plant which supplies water to the town and surrounding communities. During the visit, King Cetshwayo District Mayor, Cllr Mkhulisi assured the MECs that the static tanks that have been provided will be utilised to benefit all communities across the district.

“This timely intervention is warmly welcomed and our teams have already started placing these static tanks at strategic point within our communities so that our fleet of water tankers can ensure that they are filled frequently,” said Cllr Mkhulisi.