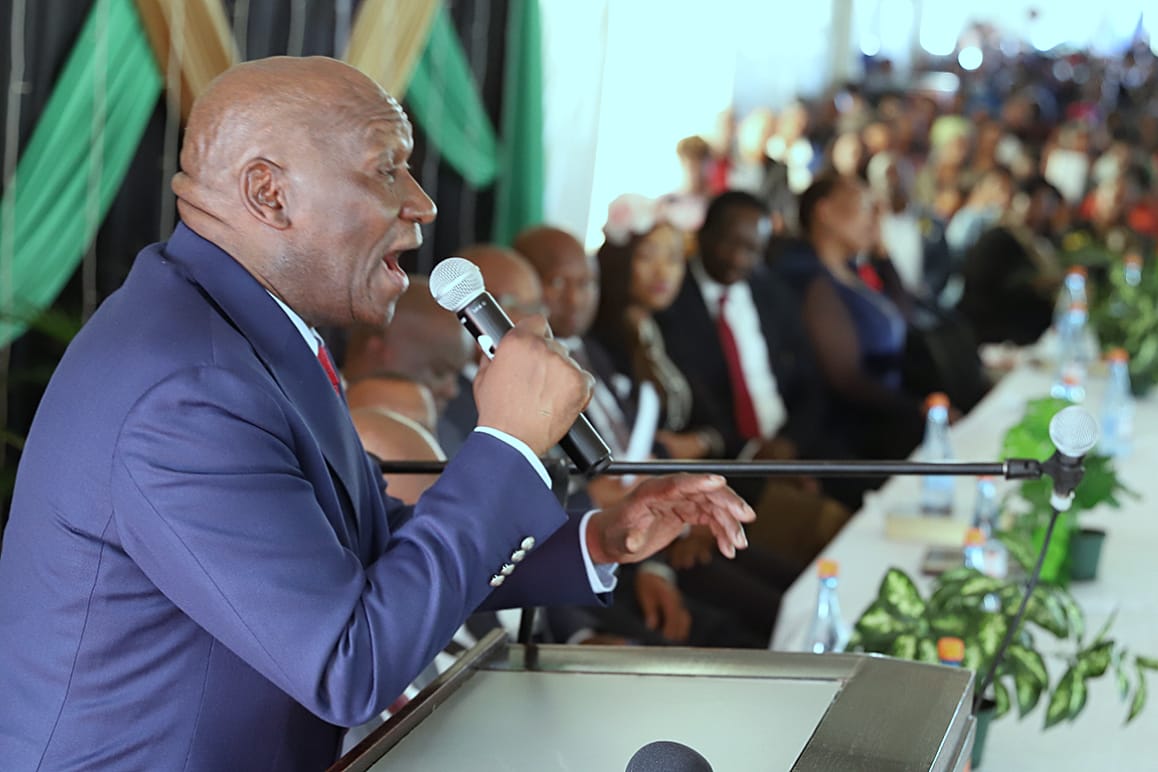 There was a sombre mood as scores of people gathered in Esikhawini, Ulundi, KwaMqhwakazi and Howick to bid farewell to the 13 victims of the church disaster and the five who lost their lives in a motor vehicle accident during Easter weekend.

Tears and emotions punctuated the send-off ceremonies as scores of mourners thronged the funeral sites to pay their last respects. Various government leaders, including national Ministers and provincial MECs attended the mass funerals in all these areas.

Speaking at an emotional funeral of Londiwe Mcambi, Ntando Mlondo, Thule Ncube and Alice Mhlongo who were buried today in Esikhaleni Township just outside eMpangeni, Police Minister Bheki Cele urged mourners to band together during this difficult time which the province and country is going through. “What we have witnessed in our province has left many of us speechless. As government we are here with you as members of your families,” said Cele.

Cogta MEC Nomusa Dube-Ncube, described the deceased as true soldiers of faith who died with their boots on while serving God.

The provincial government has been quick to respond since this tragic incident took place. The funerals of the victims have been coordinated by the provincial government. Other services were held in uMlalazi where national Cogta Minister Dr Zweli Mkhize joined by KZN MEC Dr Sibongiseni Dhlomo comforted the Langa, Ngwenya and Mthabela families at the Princess Langazini Primary School.

BUS FROM A FUNERAL SERVICE OVERTUN – MEC WISH A SPEEDY RECOVERY TO THE INJURED – NO DEATHS YET REPORTED.