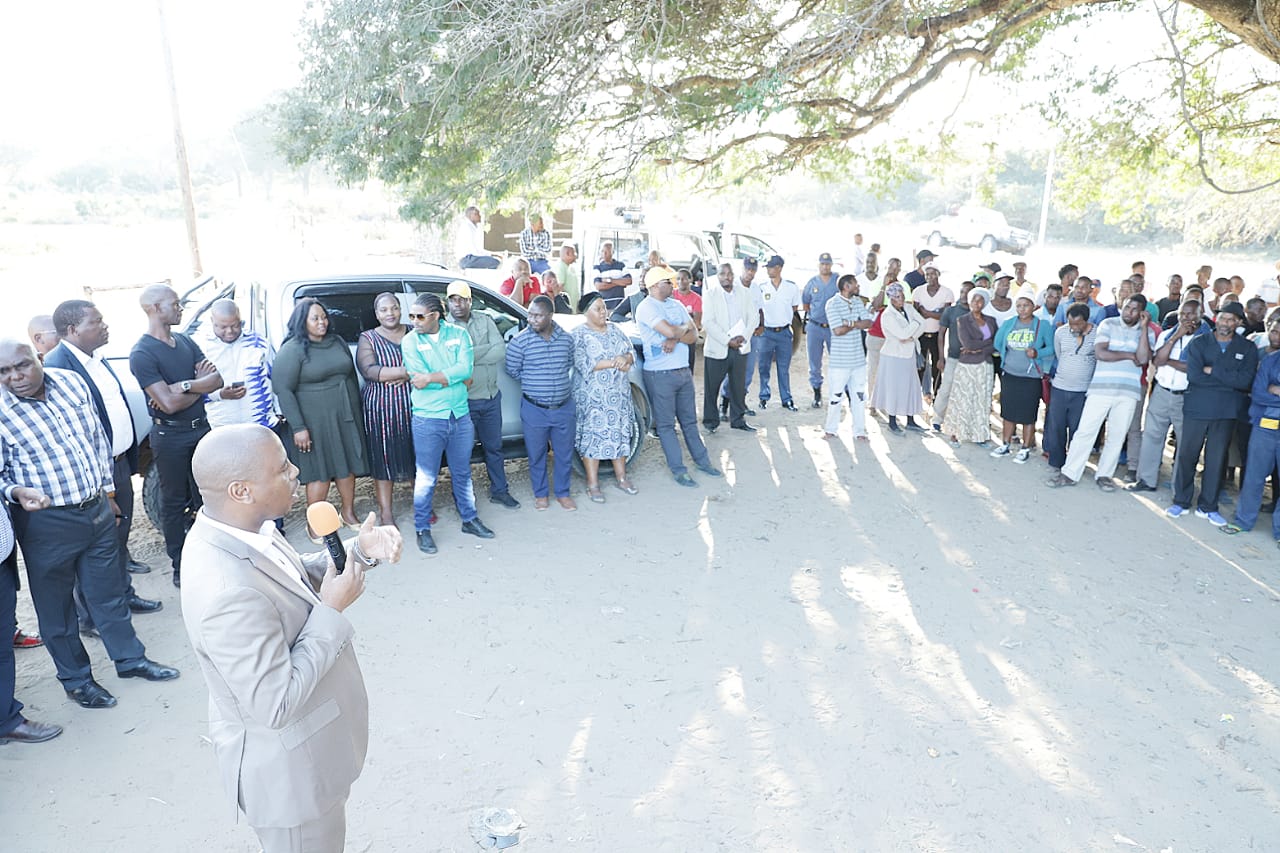 The community of Shikishela in Ward 15 of the Mtubatuba local municipality will soon have uninterrupted supply of water. This is thanks KZN MEC for Cooperative Governance and Traditional Affairs (Cogta) Sipho Hlomuka who yesterday visited this community together with uMkhanyakude Mayor Cllr Solomon Mkhombo and local Mayor Cllr Gumede to officially announce the contractor who will be undertaking the work of reviving the Mpukunyoni Water scheme which will benefit 27 000 people in this municipality.

The scope of this work, which is valued at R17-million, includes the installation of new pumps and the rehabilitation of 14 boreholes. This community had in the past couple of weeks become a hotspot for protests as residents blockaded roads, including the N2, and burned tyres while protesting for water. Hlomuka yesterday addressed the local community leaders, including councillors, amakhosi, ward committee members and izinduna at the Mgeza Tribal Authority just outside Mtubatuba.

The MEC vowed to ensure that the uMkhanyakude district, which is a water service authority, implements the plan, which was outlined to the community. The plan will see taps running with water in a very short space of time. “The plans that are being outlined today are not just fancy talk but are being followed up with practical steps and we expect the service provider to be on the ground in no time dealing with reviving this important water scheme so that our people can benefit,” said Hlomuka.

The meeting was also joined by representatives from the Ithendele coal mine, which has been operating in the area since 2006. The management of the mine promised to make available 30 000 litres of water a day to community members from one of its boreholes. The mine also promised to fix the road that leads to the borehole so that water tankers can easily access it and it will also supply a plumber to fix any leaks. Hlomuka welcomed this gesture by the leadership of the mine, which prides itself in working hand in hand with the community.

Afterwards Hlomuka met with the communities of Skhemelele, Mtikini and Scabazini in the uMhlabuyalingana local municipality. This follows the protest in the area which took place last Monday where Cogta MEC addressed protesters and vowed to come back in less than a week to provide the community with answers as they had been protesting over the unavailability of water in their area. Hlomuka who was accompanied by the uMkhanyakude Mayor informed the community of short-term measures taken by his department which include the provision of two water tankers. These started last week to deliver water to the affected areas.

District Mayor Cllr Mkhombo also informed residents of similar short-term relief plans, which include the rationing of water supply to the affected areas so that communities can get access to water. “We are still working on a long-term solution of installing bigger-sized pipes, the construction of a 1 million litre water storage facility in the Mtikini School and a water distribution network. All of these are being finalised in the coming months,” said Mkhombo.