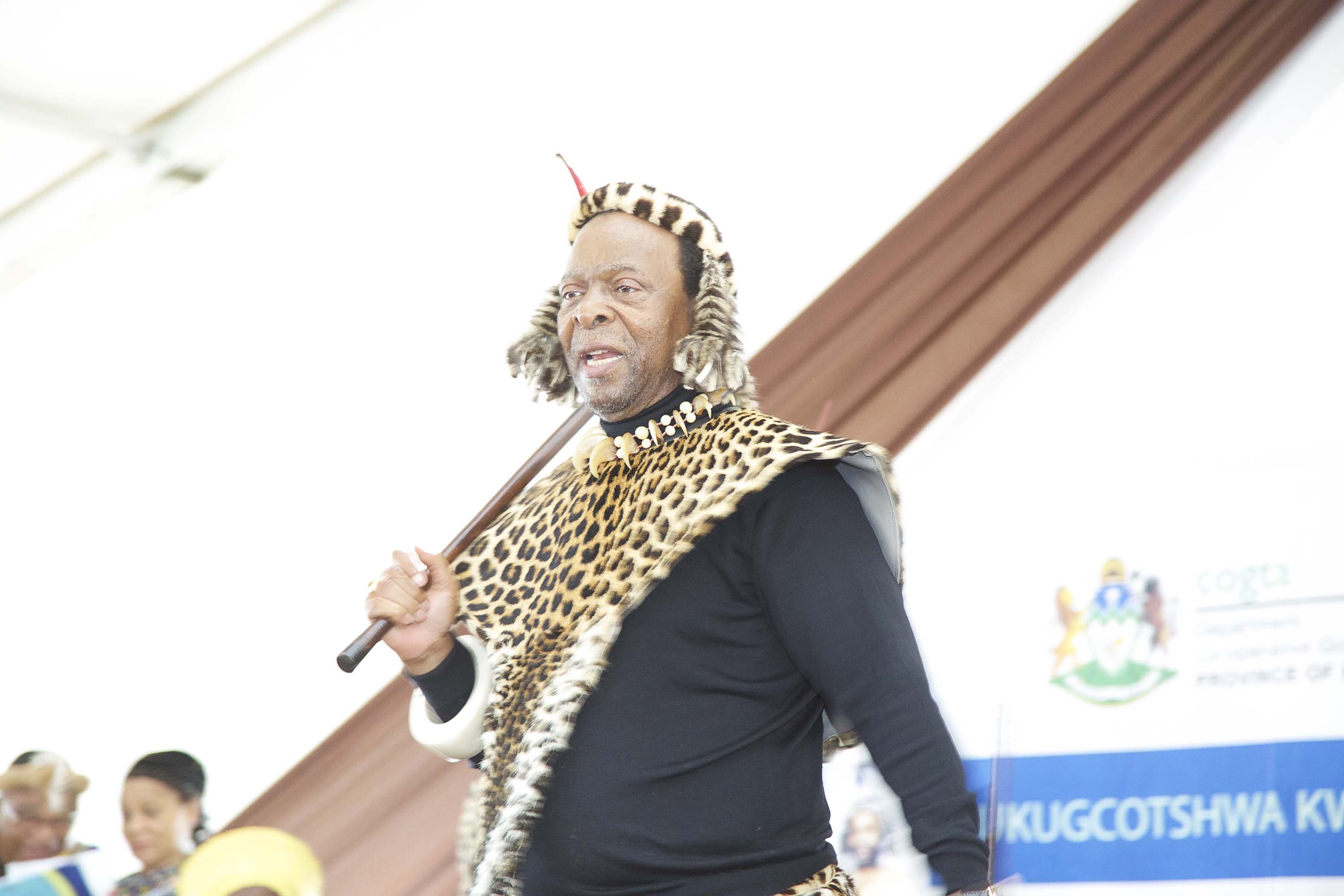 The king of the Zulu nation, his Majesty Goodwill Zwelithini kaBhekuzulu, today paid tribute to apartheid struggle hero and activist Ahmed Kathrada and long-time comedian and beloved actor Joe Mafela, both of whom brought hope to many in the country during the darkest of hours of apartheid.

His Majesty paid these tributes today before thousands of residents from the Dlamini-Fodo clan where the king was present to install Senz’esihle Dlamini as Inkosi. At this gathering, his Majesty was accompanied by KZN MEC for Cooperative Governance and Traditional Affairs (Cogta) Nomusa Dube-Ncube and former Chairperson of the African Union Nkosazana Dlamini-Zuma.

In his address, the monarch thanked Dlamini-Zuma for the role she had played within the African Union where she implemented significant programmes like Agenda 2063 and the promotion of the ocean economy that has a role to play in uplifting the lives of millions of people across the continent.

The king made a clarion call for communities within the province to resist service delivery protests which seek to destroy public infrastructure. “As a nation, we must not destroy our dignity. We have to be builders but violent protests paint a negative picture of us all. It is my wish that all our communities be havens of peace where violent protests and crime are frowned upon,” said his Majesty.

The king also emphasised his call for 100 hectares of land to be set aside by each Inkosi in the various communities within this province as a way of promoting agriculture and fighting against poverty.

In her remarks, Dube-Ncube warned communities of the dangers of inclement weather as the province has recently witnessed a tragic incident in Harding where a grandmother and her child were swept away when crossing a river.