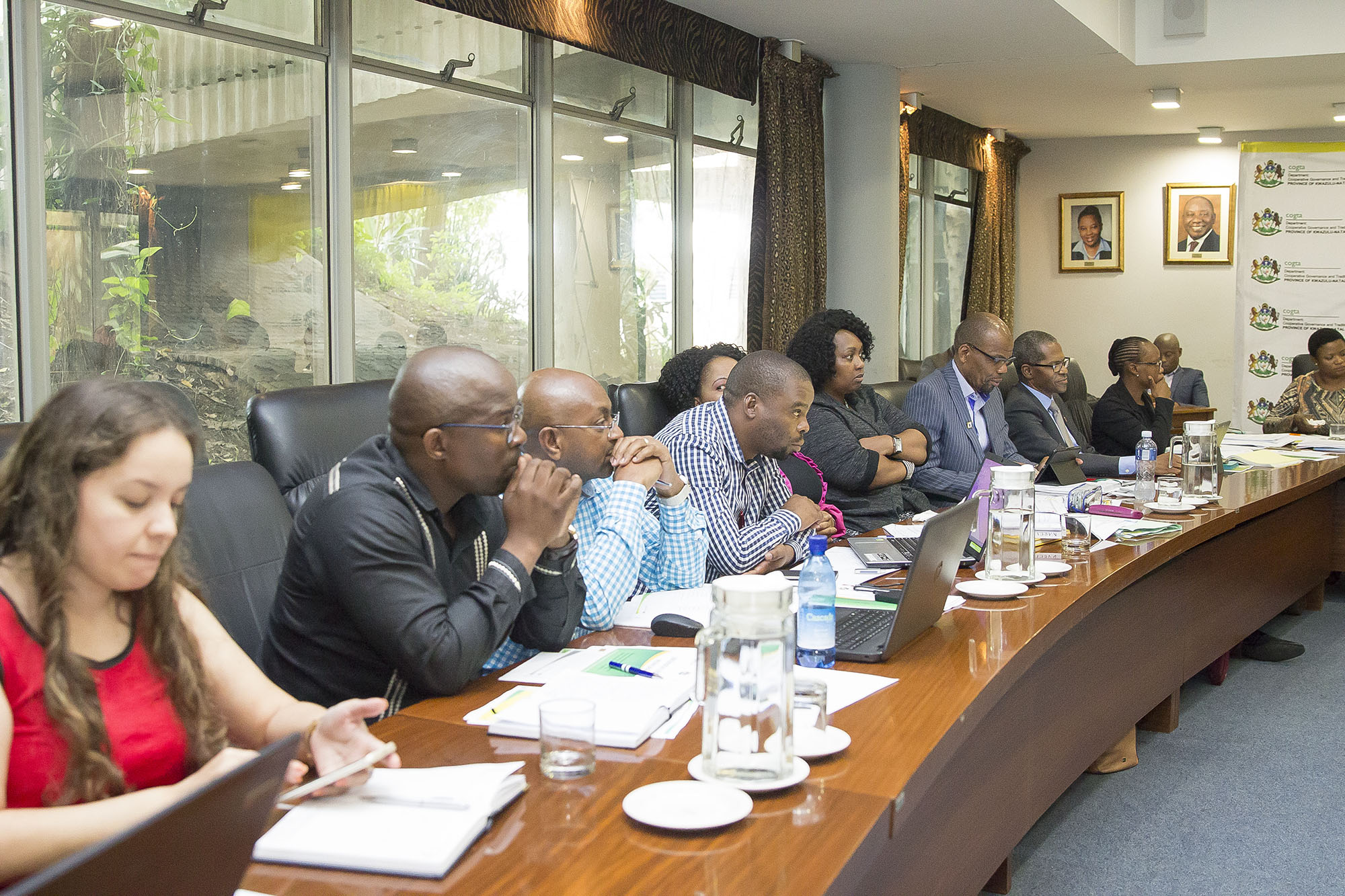 Note to editors: remarks by MEC Nomusa Dube-Ncube at a meeting she held with the Province’s poorly performing municipalities. This meeting was held in Durban and was attended by Mayors and Municipal Managers from the affected Municipalities 13 April 2017

Thank you for attending this important meeting with Mayors, Municipal Managers, CFO’s  and other key stakeholders from some of our municipalities, whom I’m sad to say, have not made us very proud as the province of KwaZulu-Natal.  We have convened this platform to reflect on the recent audit outcomes as they impact on all the municipalities we have invited today.

This meeting is taking place only a week after the Presidential Local Government Summit in Midrand where His Excellency President JG Zuma placed a premium on well-functioning municipalities as a prerequisite for the government’s drive for radical economic transformation at local level.  Yesterday the Premier convened the Premier’s Coordinating Forum, which provided the Auditor-General of South Africa, Mr Kimi Makwetu, an opportunity to present before the leadership of the province and municipalities the financial state of our municipalities.

At the outset I want to be categorically clear in expressing my disappointment at the performance of our province in the latest audit outcomes.  KZN has now regressed to 11 clean audits from a total of 22 such outcomes in the previous year. This is an ugly stain in our otherwise good record we have registered over the past five years.

Deeply concerning as well is the level of irregular expenditure by municipalities at R300-million.

Considering how much time and effort KZN Cogta and Provincial Treasury, has invested into municipal audit outcomes by way of supporting municipalities every step of the way, this result is truly disappointing and it must be a wake-up call for all senior municipal officials whose poor performance has caused this as well as all Mayors and councillors.

Mayors would have heard from the AG that weak and poor oversight is a major cause of financial collapse in our municipalities.  Unfortunately Mayors and Councilors, new as you are in your positions, our Constitution makes you successors in title, so you inherit the good and the bad and the terrible state we find ourselves in, we all have to clean it up.

The truth is that we cannot even begin to radically transform our local economies for the benefit of the poor if our municipalities continue to perform poorly. Audit outcomes are a good indication of municipal performance and since municipalities are the engines of local economic growth, poorly performing municipalities in terms of audit outcomes suggest that this engine is sputtering. Some of this poor performance has to do with inadequate reporting and non-compliance with local government legislation and some of it relates to poor financial management of municipal resources, of which irregular expenditure and flawed procurement processes are chief symptoms.

Our expectation is that in today’s meeting Mayors should clarify the reasons for this poor performance,

Whatever the cause of municipal non-performance, we cannot and will not tolerate it. As Cogta, we are dead serious about managing consequences for poor performance when it comes to municipalities. You would have inferred from our recent interventions in a number of KZN municipalities that we are prepared to take the hard and often unpopular decisions and place failing municipalities under administration. The next question is – are you Mayors prepared to take action against non-performing Municipal Managers and Senior Officials who delivere to us disclaimers and adverse opinions.  It still feels like a dream to me that after such a long time we have a disclaimer and an adverse opinion in this province.

The current state of affairs is tarnishing an otherwise good image of our municipalities.  The AG  has showered us with praises on the performance audit but because of finances, there is not even a reason to celebrate the progress in this area.

Among the key factors identified by the recent Citizen Satisfaction Surveys are community dissatisfaction with poor service delivery, financial mismanagement and allegations of fraud and corruption, coupled with complaints of poor communication with communities.   Poor audit outcomes justify these perceptions by communities.

I am aware that some municipalities are in a financially precarious situation, faced with limited, underutilised and diminishing revenue potential, all of which again bring us back to the Back to Basics programme and its focus on sound financial management.

We must ask ourselves a questions whether  people in strategic positions are fit for the purposes of good, clean and accountable governance of our municipalities.  It is obvious that financial and technical expertise in many municipalities is lacking and that financial management is inadequate. One manifestation of this is the generally poor level of bookkeeping and reporting. This is a constant source of frustration voiced by the Auditor-General and it is also a frustration shared by us at Cogta. As much as we support and assist, our hands are often tied precisely because our job is to support and assist, not manage municipal resources directly unless we intervene in any given municipality in terms of an appropriate constitutional provision.

From our own experience as Cogta, a much tighter system of monitoring and evaluation of the ability and performance of municipalities is required to ensure that they are effectively managing their resources.

The national transfer grants to municipalities are often used up in new development or, worse, utilised to fund operational expenditure. We are pleased to see the National Treasury’s efforts to tighten up on the controls placed on the use of conditional grants and the time has perhaps come to reward those municipalities which utilise them effectively and penalise those that do not. In 2016, we saw those municipalities that were deemed non-viable being redemarcated to become part of other, more viable, entities. Let this be a lesson for those municipalities that fail the test of financial viability in the current term of local government.

We need to address controversial issues in municipal procurement that cause municipalities to overpay for substandard services at the expense of their residents. It is absolutely critical that transparent, equitable and efficient supply chain processes are implemented and monitored by those responsible. Such a system will mean no more shady deals concluded in back rooms and behind closed doors and away from proper municipal oversight. If we at the provincial government level can effectively address the issues of fraudulent, irregular or nepotistic procurement so can our municipalities.

I find it disturbing that our municipalities are still engaging in uncompetitive or unfair SCM processes, or awarding tenders to municipal employees, close family members of employees or other state officials. It is equally disturbing to see the level of inadequate contract management that has been referred to by the Auditor-General in these latest municipal audit outcomes. These are grave concerns and the mismanagement that has caused them simply cannot go unanswered.

Let this meeting be a wake-up call for Mayors and Municipal Managers to ensure that municipalities’ finances are properly managed and accounted for, and that municipalities themselves are fully capacitated. As political and administrative heads of your municipalities, you must ensure that the right people are in the right positions.  Unless municipal officials do their jobs properly and unless their work is overseen adequately by councillors, KZN municipalities will not achieve the audit outcomes their residents as ratepayers expect and deserve.

It is time to up your game. The choice before us is clear:  either you are prepared to take the hard decisions and discharge your duties as elected public representatives or municipal officials in accordance with your respective mandates, or you face the consequences for poor performance. As Cogta, we have already demonstrated that we are not afraid to act. We now want to see harsh consequences for non-performance lead by Mayors and councils,  this is in the interest of the people whom we are all supposed to serve.