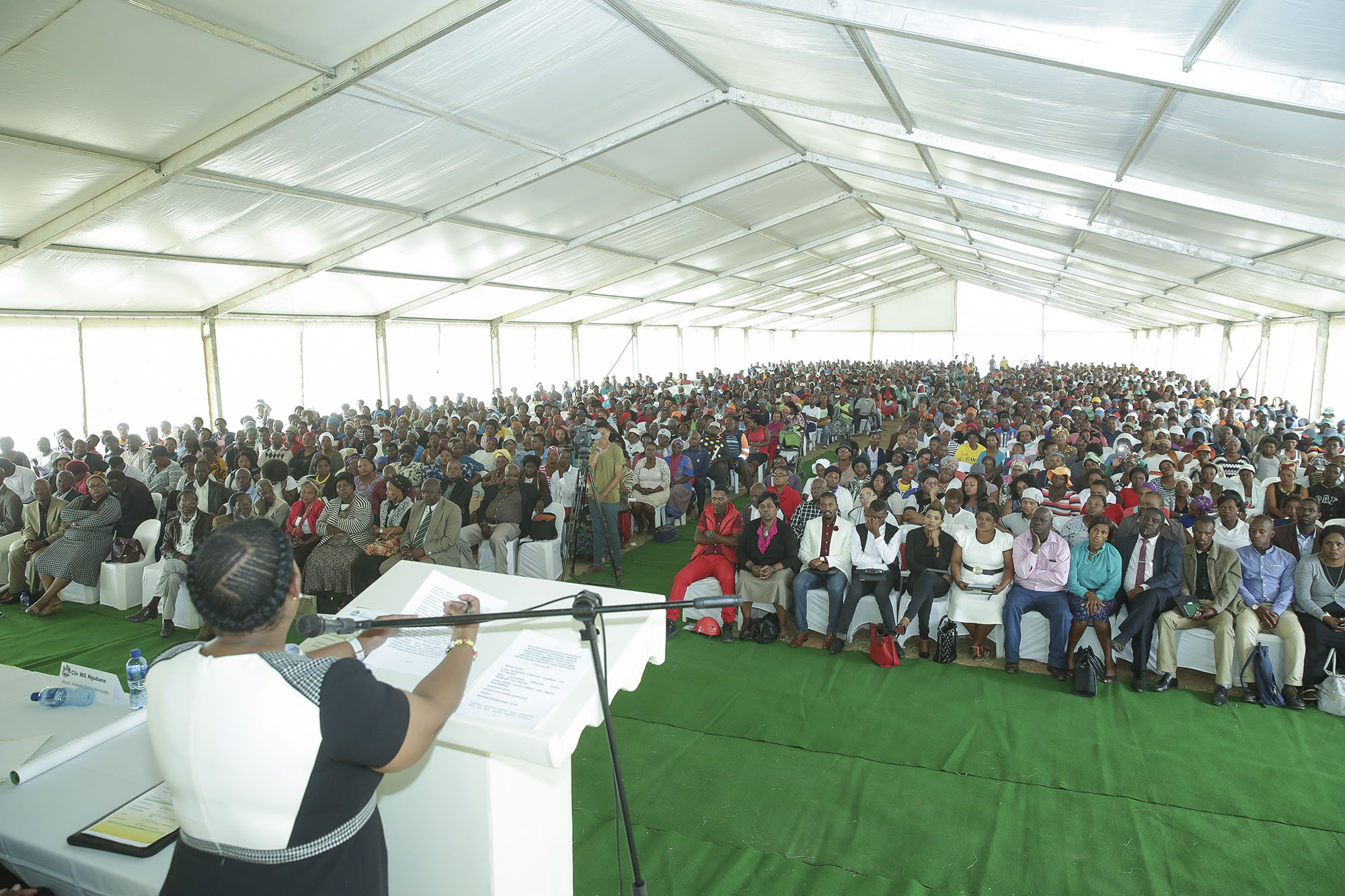 The embattled eMadlangeni municipality which had been placed under provincial administration in terms of section 139(1)b of the Constitution following the collapse of governance and service delivery, was paid a visit today by KZN Cogta MEC Nomusa Dube-Ncube who addressed over 3000 community members at the White City Sports Grounds in Ward 2 of the municipality.

The meeting served the purpose of informing the community of the decision taken by the provincial government to place this municipality under administration. In her remarks, the MEC highlighted efforts made by her department in assisting the council to address challenges it was facing internally. Dube-Ncube noted the lack of willingness from some councillors to work under an administrator but pledged her department’s continued support for eMadlangeni.

“Poor governance and administrative collapse resulted in legally questionable council decisions and the culture of impunity in the council. There was clearly no adherence to the rule of law. Since the reconstitution of this municipality, councillors have been embroiled in infighting and illegal suspensions and hiring of staff without adherence to the rules and procedures. The root cause of troubles at eMadlangeni is political infighting which has resulted in irregular decisions by the municipal council,” said Dube-Ncube.

KZN Cogta had previous raised objections about the council’s suspension of the Municipal Manager and the appointment of an Acting Municipal Manager who did not meet the requirements for the job. The deliberately orchestrated instability had effectively halted service delivery and exposed the municipality to various risks, including litigation, corruption and maladministration. Dube-Ncube believes that it would have been wrong for the provincial government to sit by and watch as this unfolds.

Dube-Ncube called upon all councillors to do their job and work with the new administrator whose job is to ensure that the municipality gets back on its feet as soon as possible and that the needs of the community come first. The MEC stressed Cogta’s position that all its interventions in municipalities, however unpopular, are always taken in the best interest of communities who rightly expect uninterrupted delivery of basic municipal services.