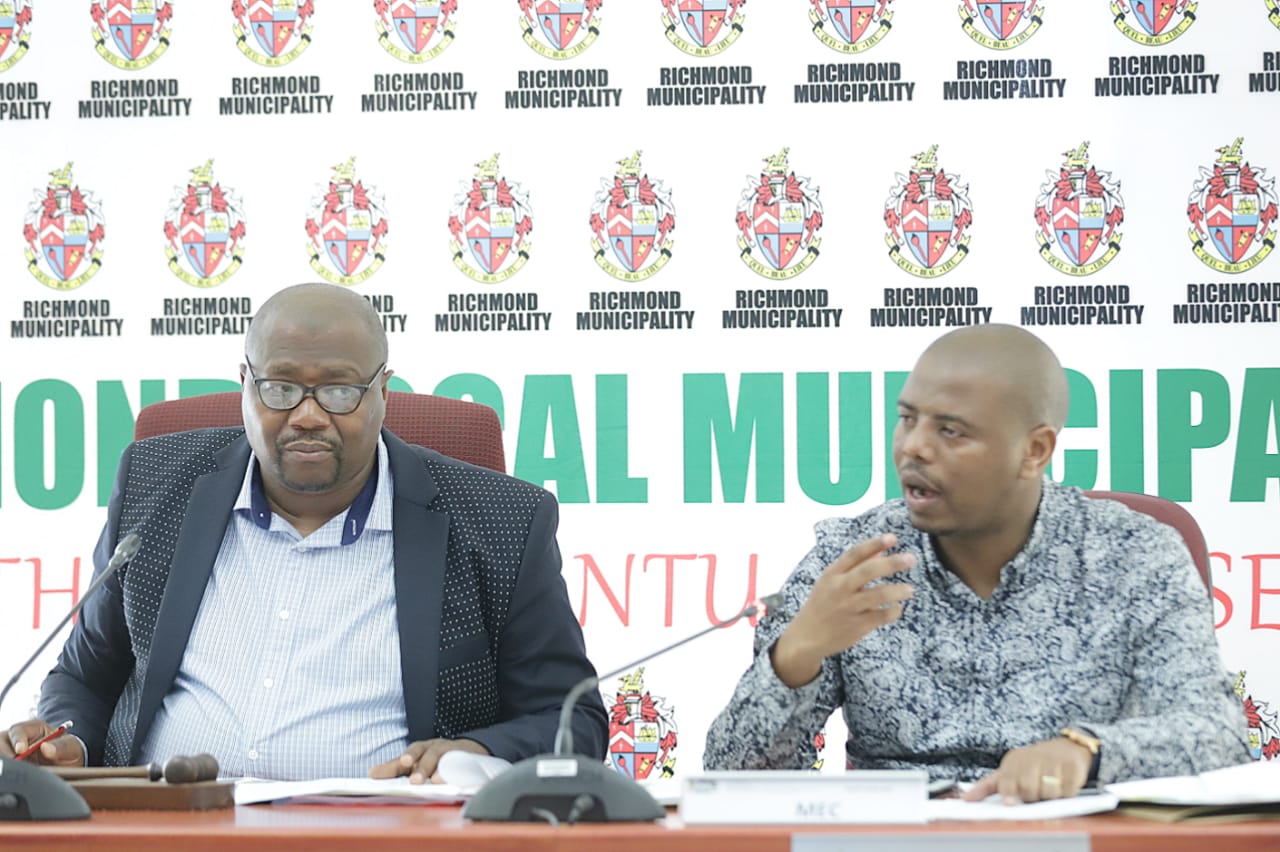 KZN MEC for Cooperative Governance and Traditional Affairs (Cogta) Sipho Hlomuka today joined the Select Committee on Cooperative Governance and Traditional Affairs of the National Council of Provinces (NCOP) during its visit to the Richmond local municipality.
The committee, led by Chairperson TSC Dodovu, is assessing the ongoing intervention by the KZN Provincial Government in terms of section 139(1)(b). The municipality was placed under administration on 21 March this year to prevent its collapse. The meeting took place at Richmond Council Chamber.
“We are assessing the state of the municipality and the factors that were taken into consideration by the Provincial Government before placing this municipality under administration. The committee will then table a report to the NCOP either supporting or not supporting the intervention,” said Dodovu.
In his address, MEC Hlomuka outlined the factors that the department looked into prior to intervening in the municipality, which include issues with cash flows and compliance with the laws governing local government.
“Our interventions are always a matter of last resort. We always prefer to provide support and if this does not work, only then do we consider intervention. Even with this intervention, we are keenly assessing the state of the municipality as we receive monthly reports from the administrator Phumlani Mntambo,” said Hlomuka.
During the session, Mntambo gave a promising report on the progress that has been made since the intervention in the municipality. He also thanked Cogta for deploying to Richmond its yellow plant equipment, which includes graders, TLBs and excavators, which are currently busy at work in various wards.
Councillors, Business Chamber, Organised Labour, Farmers’ Association and SALGA were also given an opportunity to make inputs on the status of the municipality following the intervention. They have noted the improvement and called for cases of maladministration to be concluded speedily and for appropriate sanctions to be implemented.
Ends