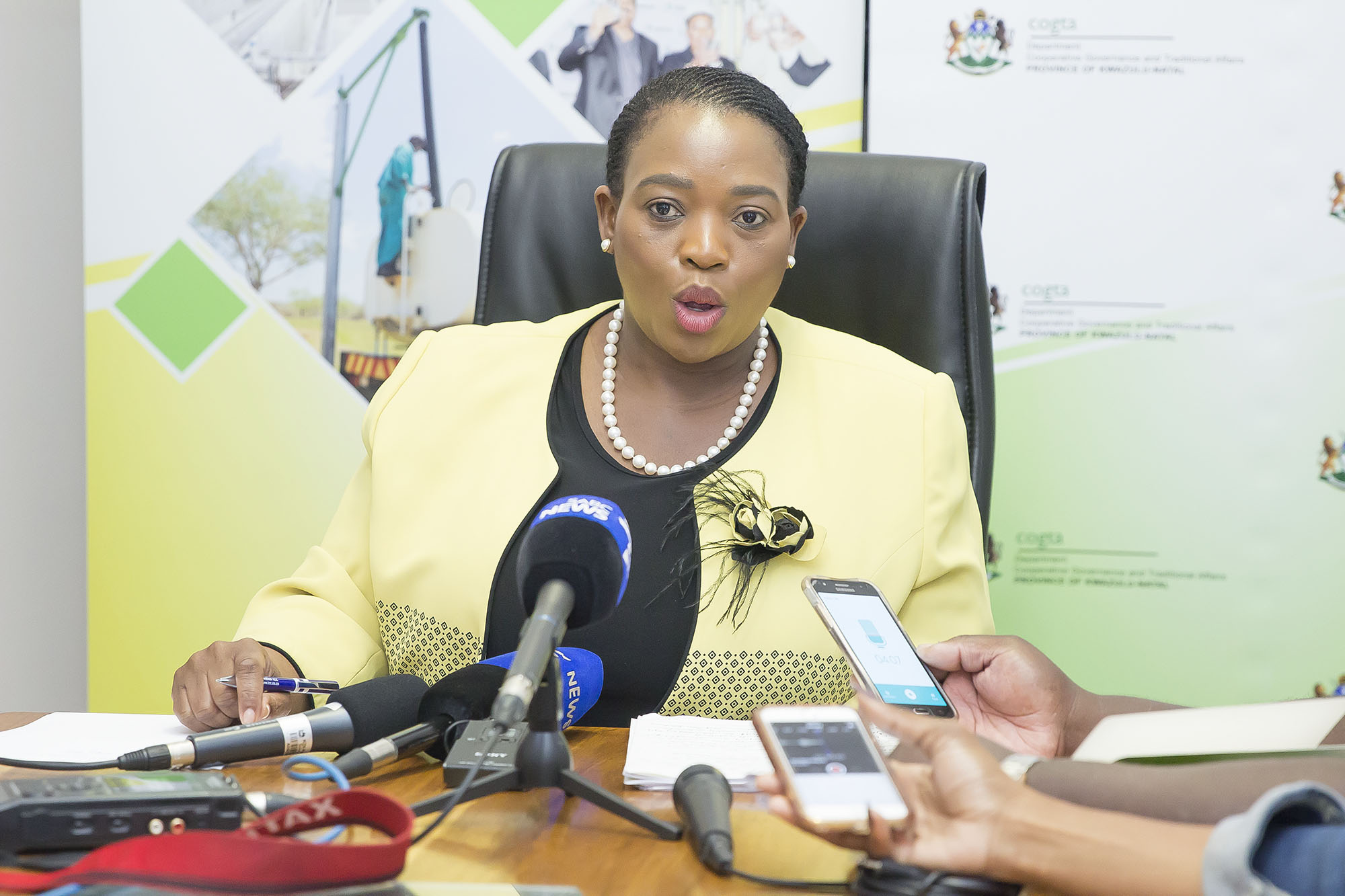 KZN MEC for Cooperative Governance and Traditional Affairs (Cogta), Nomusa Dube-Ncube,  has welcomed the latest municipal audit outcomes which place KZN as the second best-performing province within the country but which also register several regressions.

“We are deeply disappointed by the decline in the number of municipalities receiving clean audits. Indeed, we want the mayors and councilors to take full responsibility and turn things around,” said Dube-Ncube.

“We have already had meetings with mayors, councilors and municipal managers of municipalities that have caused KZN to regress from its clean audit performance.  As Cogta, we are dead serious about managing consequences for poor performance when it comes to municipalities. We want mayors to ensure that there are consequences for those who have dropped the ball,” said Dube-Ncube.

“Our message to poorly performing municipalities is clear: there must be harsh consequences for poor municipal performance and we want those responsible units and officials held accountable,” said KZN MEC for Cogta Nomusa Dube-Ncube.

“Municipalities have been urged to consider drastic measures including, among others, reprimanding the CFOs and Accounting Officers.  We have already taken a decision that there will be no bonuses or salary increases by all those that received poor audit outcomes and we will be monitoring that bonuses and increment are not paid as a ritual but reward excellent  perfomance.  We can’t pay bonuses when the municipality’s financial books are in shambles,”said Dube-Ncube.

KZN Cogta is also urging individual councillors to play a robust oversight role in their respective municipalities to ensure that recurring audit issues are addressed timeously in municipal oversight committee and municipal councils and that consequence management is performed adequately.

Dube-Ncube also lauded the province for still holding the record of most municipalities with good audit outcomes in the country. “While we have 48 relatively good audit outcomes, we want to avoid complacency, hence we are treating the six where we have not done well as a wake-up call and we want clean audits as a non-negotiable for all KZN municipalities,” said Dube-Ncube.