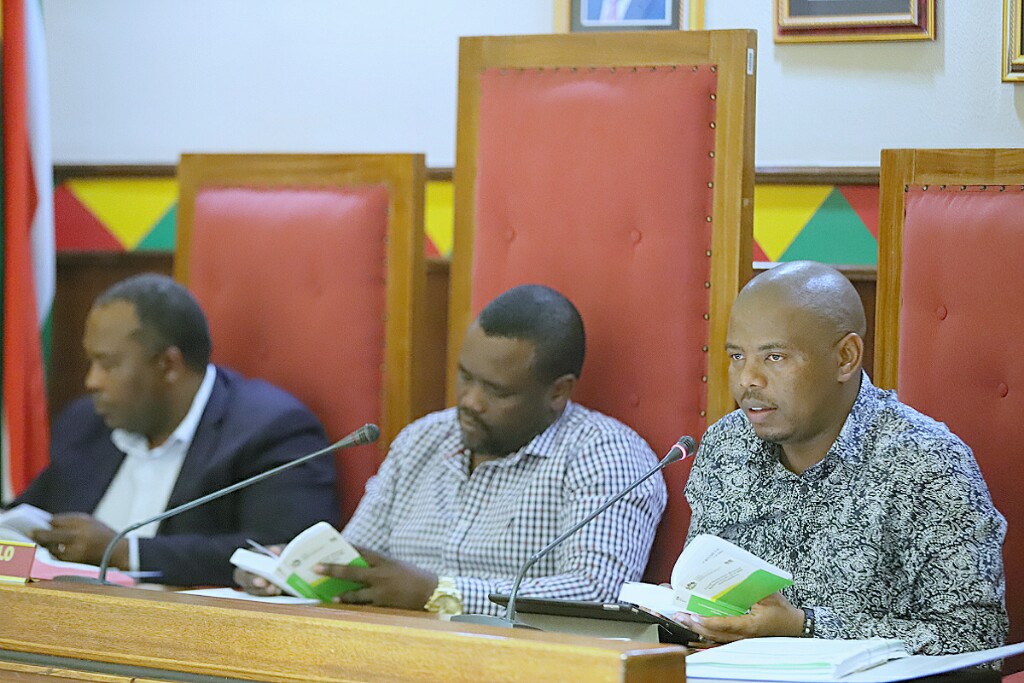 Cooperative Governance and Traditional Affairs (Cogta) MEC, Sipho Hlomuka has read the riot act on the Abaqulusi Council this afternoon, warning them to shape up or risk facing extraordinary measures by the province.

This follows the allegations that the leadership of the municipality have violated their responsibilities in respect of the implementation of the Constitutional intervention at the municipality by interfering with the work of the Administrator.

This municipality was placed under administration by the Provincial Government in February this year in terms of section 139 (1) (b) of the Constitution. A Ministerial Representative was appointed to work with councillors in getting this municipality back on its feet.

The allegations are that the leadership of the municipality caused the suspended Municipal Manager to return to work thus violating his suspension conditions. It is alleged that upon his return he approved millions worth of irregular payments.

The unlawful return of the Municipal Manager to office led to the Administrator taking the Municipal Leadership to court thus resulting in unnecessary wastage of municipal funds. MEC Hlomuka made it clear that such action must be followed by consequence management measures for both councillors and managers alike.

“The Ministerial Representative is here on behalf of Cogta, he provides regular reporting and analysis is done on the progress the municipality is making.  In the assessment, we made recently, we have observed concerning trends, which negates our drive to ensure that this municipality gets all the basics right and serve the community of Abaqulusi better. We have received reports that there seem to have been numerous instances of confrontation where our Ministerial Representative is not receiving adequate support.  In some instances, he was pitted against the Speaker and the Deputy Mayor, with serious allegations of undue interference.

The MEC emphasized and clarified the powers of the Administrator as a representative of the Cabinet of KwaZulu-Natal.

Hlomuka warned Councillors of the serious repercussions should they fail to continue to follow good governance practices.

MEC Hlomuka also introduced Mr Sibusiso Mkhize as the new administrator and asked the council to use the intervention to restore stability in the municipality.

Hlomuka’s visit follows a number of incorrect decisions within this council and that are compromising good governance.