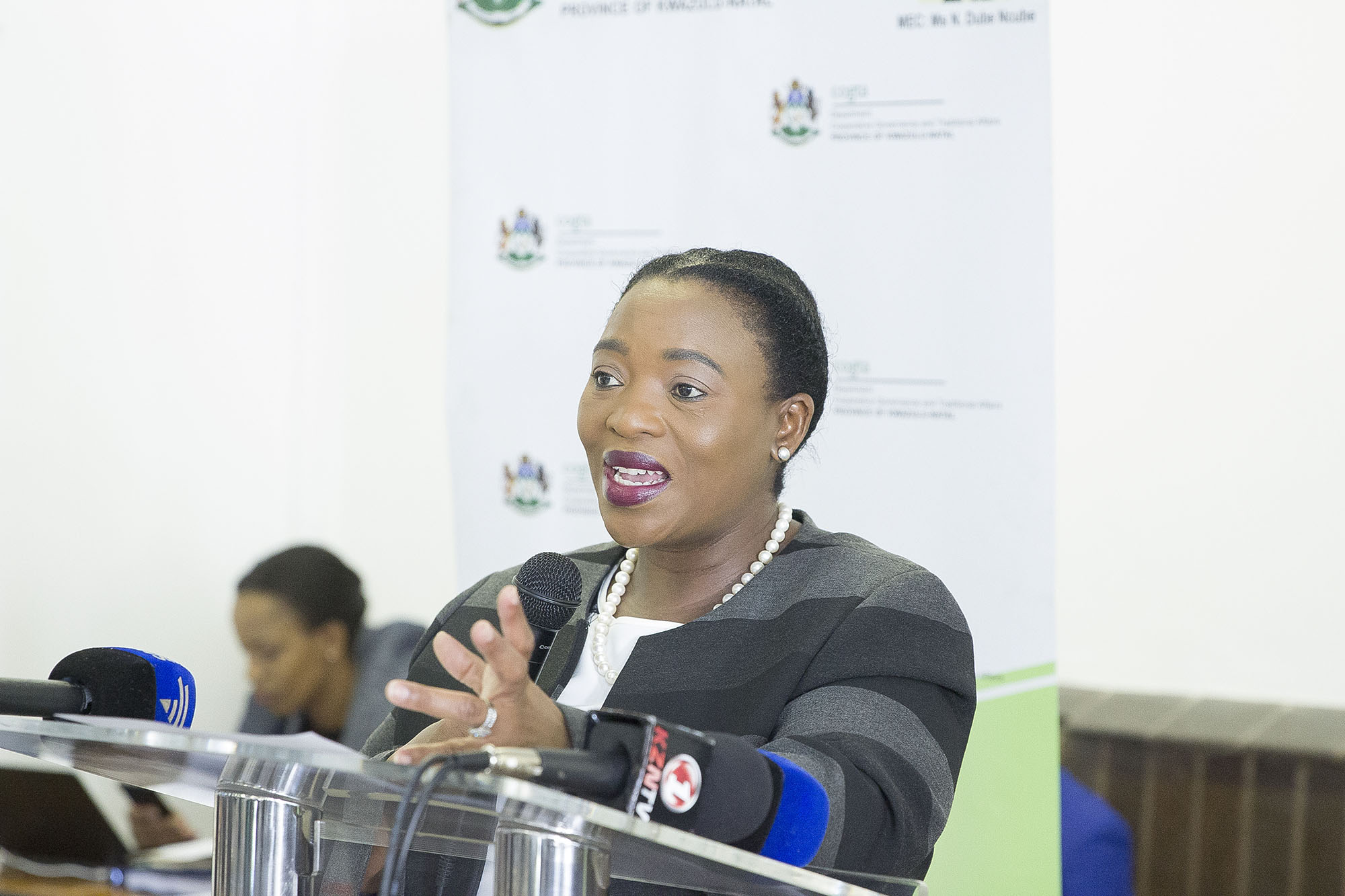 KZN MEC for Cooperative Governance and Traditional Affairs (Cogta) Nomusa Dube-Ncube has asked municipal Speakers to bring order and decorum to their council meetings. Dube-Ncube was addressing Speakers from the 54 municipalities in KZN during a Speakers’ Forum meeting in Durban today.

The Speakers’ Forum brings together all municipal Speakers to reflect on key areas of oversight, code of conduct and discipline in municipal councils. During her address, Dube-Ncube threw down the gauntlet by telling Speakers to stop wearing political party hats when presiding over council affairs as this was a recipe for chaos.

“We are almost a year in office in this term of democratic government but we are already observing that some council meetings are turning chaotic, not concluding their business and some councillors are not attending meetings. We are reading of councillors failing to pay their municipal bills and being embroiled in disruptive behaviours that tarnish the public positions they hold and the municipalities they lead. While all this is happening, there are no sanctions imposed by Speakers who are the custodians of the Code of Conduct and who are responsible for councillors adhering to the rule of law,” said Dube-Ncube.

“Unless the Speakers understand their roles and responsibilities as defined by our local government legislation, their respective councils will not be managed effectively. The Speaker’s role is key to ensuring oversight, accountability, integrity, discipline of office, and the efficient running of council meetings. One important aspect of this is consequence management of misconduct,” said Dube-Ncube.

“It is important to periodically remind the Speakers of their roles and responsibilities. The Speaker is in charge of the legislative arm of the municipal council. At the same time, the Speaker must protect the ‘checks and balances’ between the legislature and the executive, in other words, the ‘oversight’ that the council must exercise over the actions of the executive chaired by the Mayor,” said Dube-Ncube.

“Currently we are dealing with poor audit outcomes from the Auditor-General, there are matters of emphasis that warrant councils to act and demand answers from the executive. Recently we had to read the riot act to municipalities for delays in the filling of critical positions such those of Municipal Managers, and senior administrators. When all this is happening, I ask myself where the Speakers who should have asked critical questions are. We ask of our Speakers to raise the bar in performing oversight and demanding accountability. Do not be scared to pose difficult questions to your Mayor because you come from the same political party.  You can discuss your matters in caucuses, however, once in council, you must deal effectively with council business. This is the only way our sphere of local government will mature,” said Dube-Ncube.

“The Speaker must likewise facilitate the establishment of an oversight committee or any similar structure to give effect to the provisions of the Municipal Finance Management Act. The Speaker must ensure that such a committee is functional, well capacitated and well equipped to discharge its mandate. Without adequate oversight, no municipality can hope to function effectively,” said Dube-Ncube.