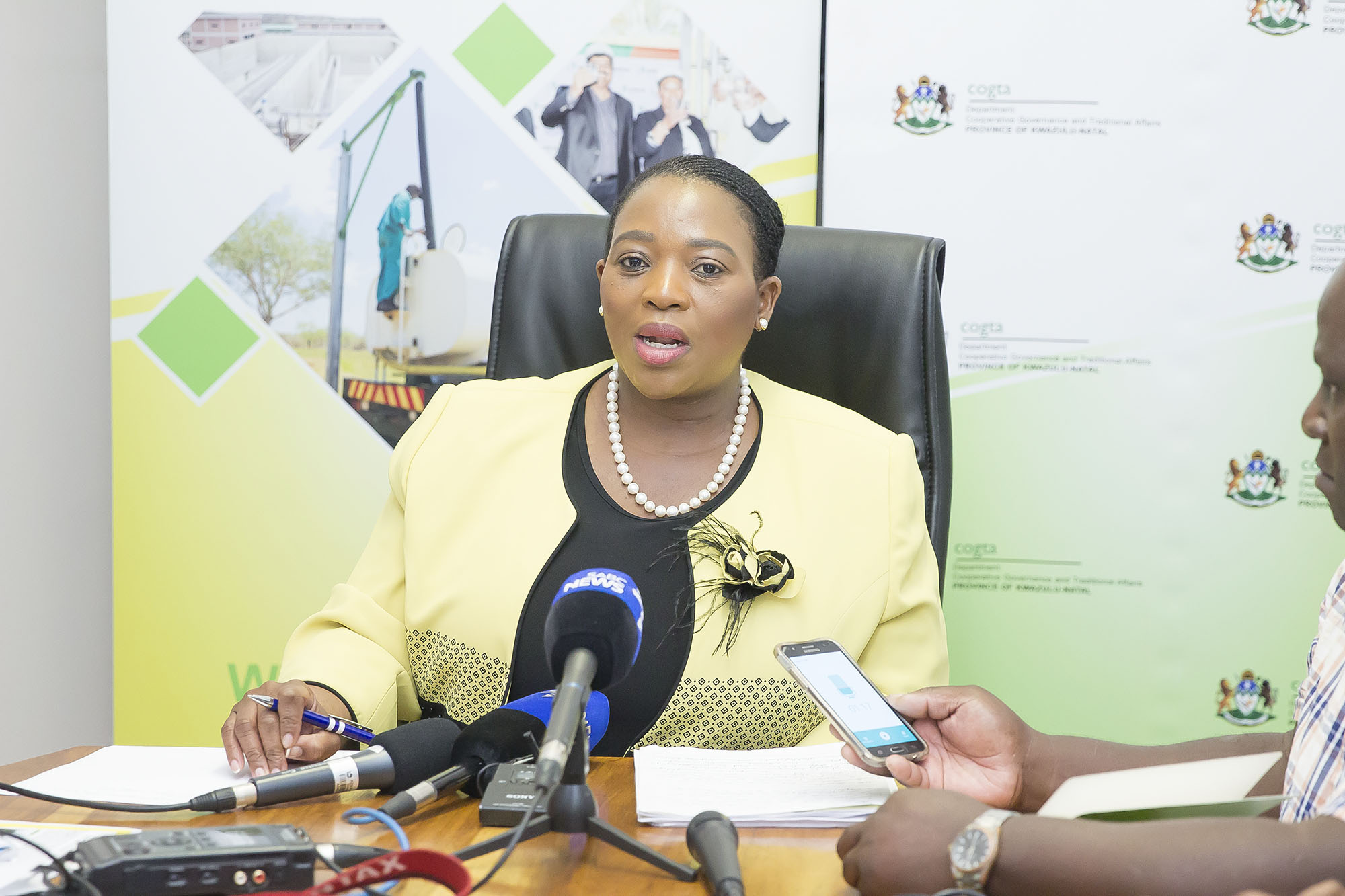 KZN MEC for Cooperative Governance and Traditional Affairs, Nomusa Dube -Ncube, has urged councillors to hold urgent meetings with communities, as part of efforts to restore peace and stability in townships around Durban, where protests and acts of violence seem to be spiralling out of control.

Dube-Ncube’s directive to councillors come as law enforcement agencies struggle to control the spate of community protests, which in some instances,  resulted into incidents of attacks on foreign nationals including torching and looting of their shops.

Since last night shocking incidents of violence have been witnessed in KwaMashu, allegedly sparked by rumours, spread through social media networks that some foreign nationals are involved in the abduction of women and school children.  Shops have been torched and police had to intervene to evacuate foreign nationals.  This morning the violence spread to neighbouring townships such as Ntuzuma, inanda where reports surfaced that school children were being forced out of school to join protest actions.

“We appeal to all councillors to play an active role in calming the situation and end the violence that is currently taking place.  Communities are urged to exercise restraint and raise their concerns through their local leaders so that they can be responded to.  Any issues of concern to communities must be resolved peacefully and through dialogue.   Violence and taking the law to your own hands can only make the situation worse” said Dube-Ncube

“We also appeal to those spreading false information, with no evidence to back it, through social media, to desist from doing so, as their misleading information appear to be behind the disturbance of peace in these townships.  We call on the police to investigate the sources of these false and reckless rumours and charge those responsible for these hoax gossips that have given rise to violence in our communities.  Social media cannot be used as a tool for fanning the flames of violence.  Those doing so must refrain as this is a serious criminal offence.  It is very sad that this is happening during the Africa Month” Dube-Ncube added.

We urged the police to remain on full alert and community leaders to work with councillors to restore peace and order and educate communities about the dangers of fake news.   Dube-Ncube who is also a Member of the Executive responsible for supporting Ethekwini Municipality, has also condemned the violence and called for unity and cohesion.

Issued by the Ministry of Cooperative Governance and Traditional Affairs in KwaZulu-Natal: For more information contact: KZN Cogta spokesperson Lennox Mabaso, 0828842403 or Msawakhe Mayisela on 0609664220