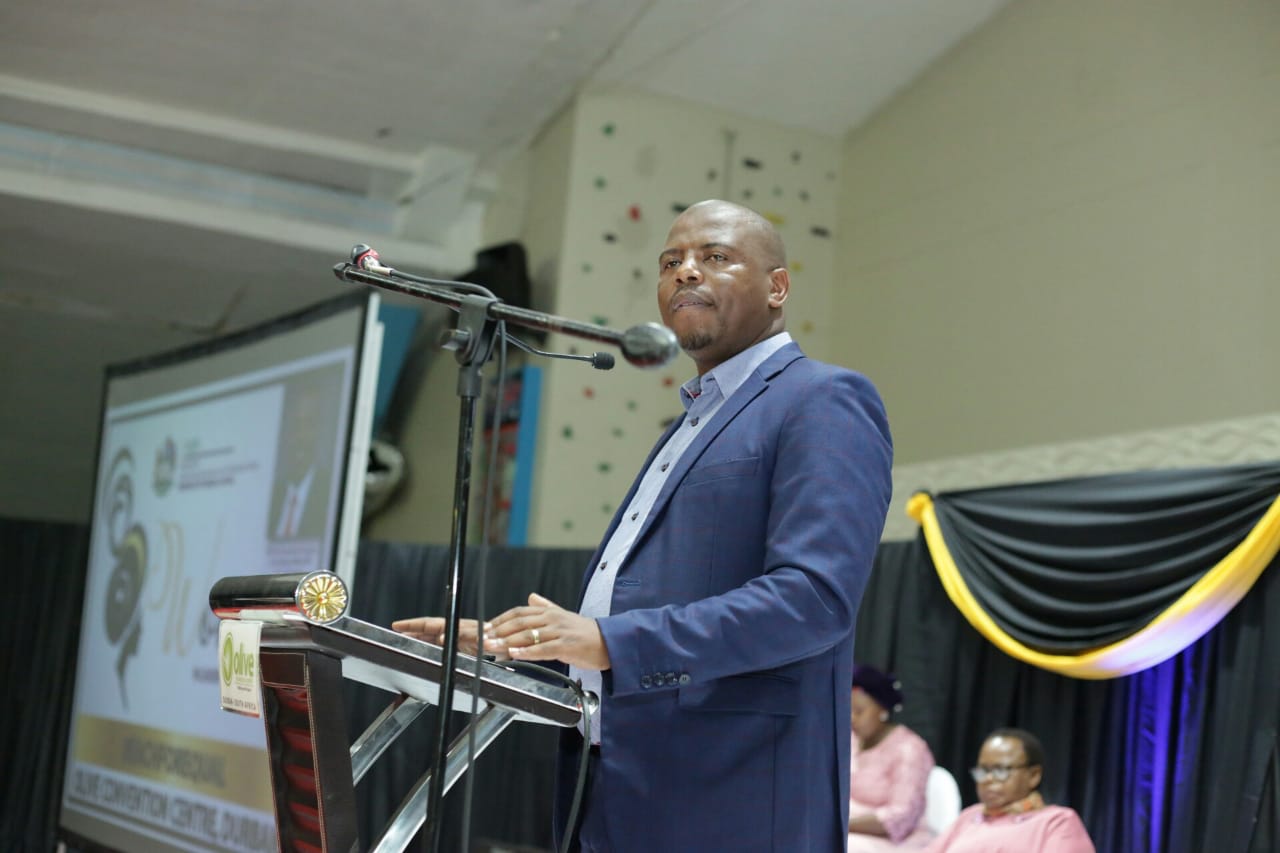 KZN MEC for Cooperative Governance and Traditional Affairs (Cogta) Sipho Hlomuka has deployed 2300 static tanks to communities across the province in efforts to bring services closer.

This morning MEC Hlomuka visited the Ixopo Water Works in the Harry Gwala District together with the Harry Gwala District Mayor Cllr Nxumalo, Ubuhlebezwe Mayor Cllr E.B Ngubo and the KZN Provincial House of Traditional Leaders Chair Inkosi Chiliza, where they assessed the plant’s efficiency in filling up water tankers that bring water to the surrounding rural communities.

The provision of water is a key ingredient in the government’s efforts to combat the spread of the Corona Virus, with it being a key part in communities practising safe hygiene.

Hlomuka has also announced that his department is providing an additional 1700 static tanks which are being delivered to the province’s Water Service Authorities with the aim of boosting efforts to bring water closer to communities. This means that the province will have a total of 4000 static tanks have been deployed to communities, together with other interventions which include boreholes.

“The additional static tanks that are being deployed are as a result of the concern that we have as a department about our communities accessing water during the lockdown. The department of Water and Sanitation National Command on Covid-19 is providing us with 1000 static tanks which form part of the additional deployment” said Hlomuka.

“As a department, we are working hand in hand with Water Service Authorities to ensure that water is provided to communities” added Hlomuka.

Hlomuka also convened a meeting with the District Task Team under the Operation Sukuma Sakhe programme, where he received a report from the District Command Task team on the enforcement of the lockdown as prescribed by the President of the country.

Hlomuka emphasised the importance of councillors and amakhosi supporting law enforcement agencies’ efforts to ensure that regulations are enforced.