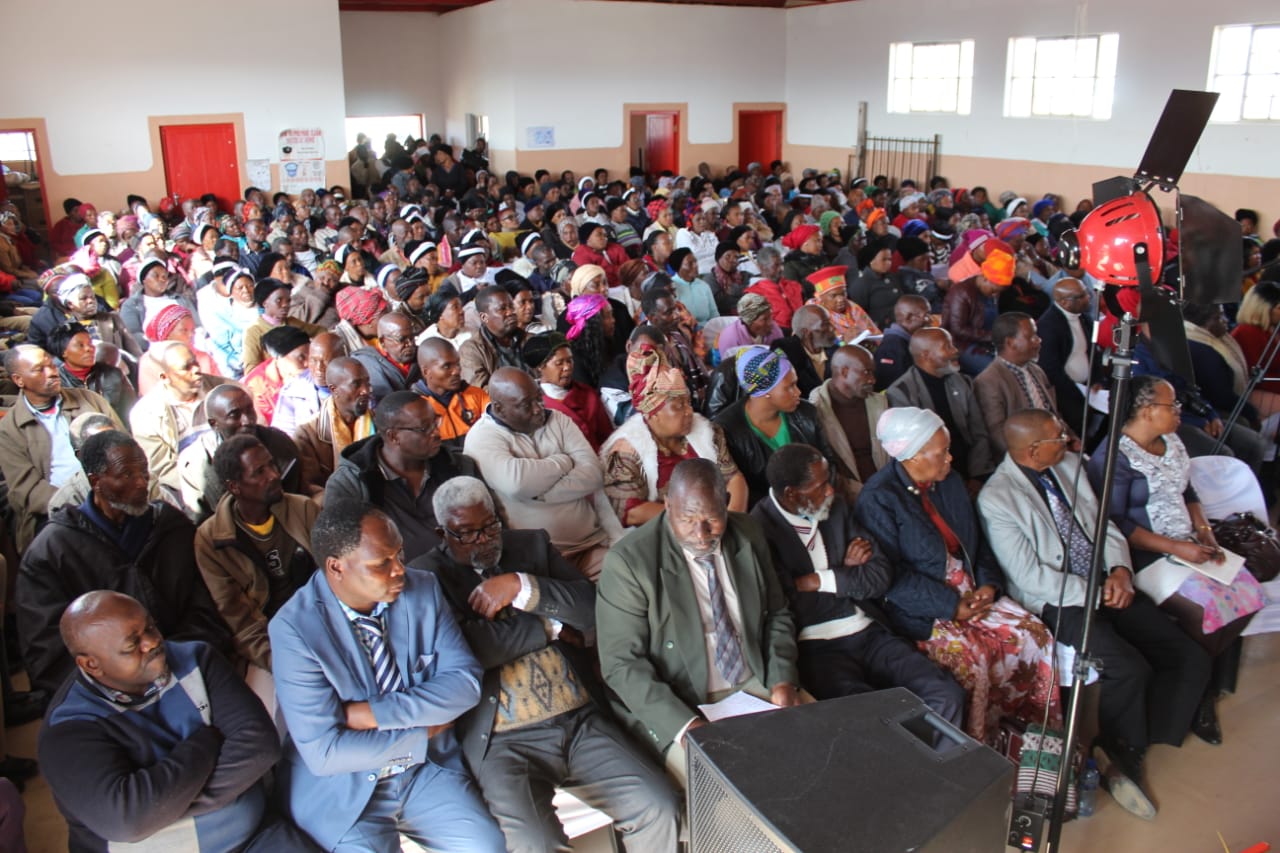 On Thursday, 28 August, the Department of Cooperative Governance and Traditional Affairs, under the leadership of MEC Sipho Hlomuka hosted an inter-generational dialogue on the practice of ukuthwalwa (the abduction of young girls under the pretext of cultural practice)  at the Qondokuhle Hall, Ward 6, in the uMzimkhulu Local Municipality.

Officials from various provincial government departments presented the challenges they face due to this illegal practice, as well as how they plan to work together with the community to stop this abusive practice.

In his opening remarks, Inkosi NP Msingaphansi expressed his concerns regarding the unlawful practice of abduction of young girls and the crime rate in the area, which include; livestock theft, and the rape of widows and old women. He expressed that no girl child should be robbed of her childhood and future, and pleaded with the police and Amakhosi for assistance.

UMzimkhulu Local Mayor Cllr M. Mpabanga said the Provincial Government’s Sukuma Sakhe intervention gives them great hope. He urged the community to be the eyes and ears of Government and to also report all criminal activities that take place in areas they reside in.

Representing the South African Police Service, Oﬃcer Kenneth Thabethe explained to the community that if they do not report issues to them, the police have no grounds to intervene. Officer Thabethe, appealed to the community to assist them even after they have apprehended the perpetrators, by providing testimony in court. “We have many instances where we apprehend suspect and when we are in court community members refuse to testify. This compromises our ability to deal with crime in this area effectively” said Officer Thabethe

Most arrests end up being ineffective, as the magistrate dismisses cases, due to lack of evidence. He pleaded with people to stand together and not be afraid of offenders.

Ms N Kheswa from Mhlanga Hospital revealed at the dialogue that the abduction of girls spreads sexually transmitted diseases. She reported that the victims often isolate themselves from other pupils, and end up dropping out of school. She also raised her concern that a greater percentage of these young wives suffer from postnatal depression, as they are not even psychologically ready to be mothers. According to statistics for the District, there are 122 girls every quarter from the age of 19 and below, who give birth making 21% of the maternity chart. Every quarter there are 50 girls between the ages of 10 and 19 years, who terminate pregnancies. 885 pupils between the ages of 10 – 15 are living with the Human Immunodeficiency Virus (HIV) in UMzimkhulu. She pleaded with parents to educate their daughters about family planning and the practice of safe sex.

Harry Gwala District Acting Mayor Cllr N Maphasa-Duma urged parents to prioritise the education of their children as this was an effective tool against poverty.

A local social worker said that in the Ludzi rural community, surveys have shown that due to poverty, some families sell out their daughters, for a ransom of livestock.

A community member requested the Provincial Government to put up network lines so that it will be easier for them to report crime and alert neighbours on the phone.