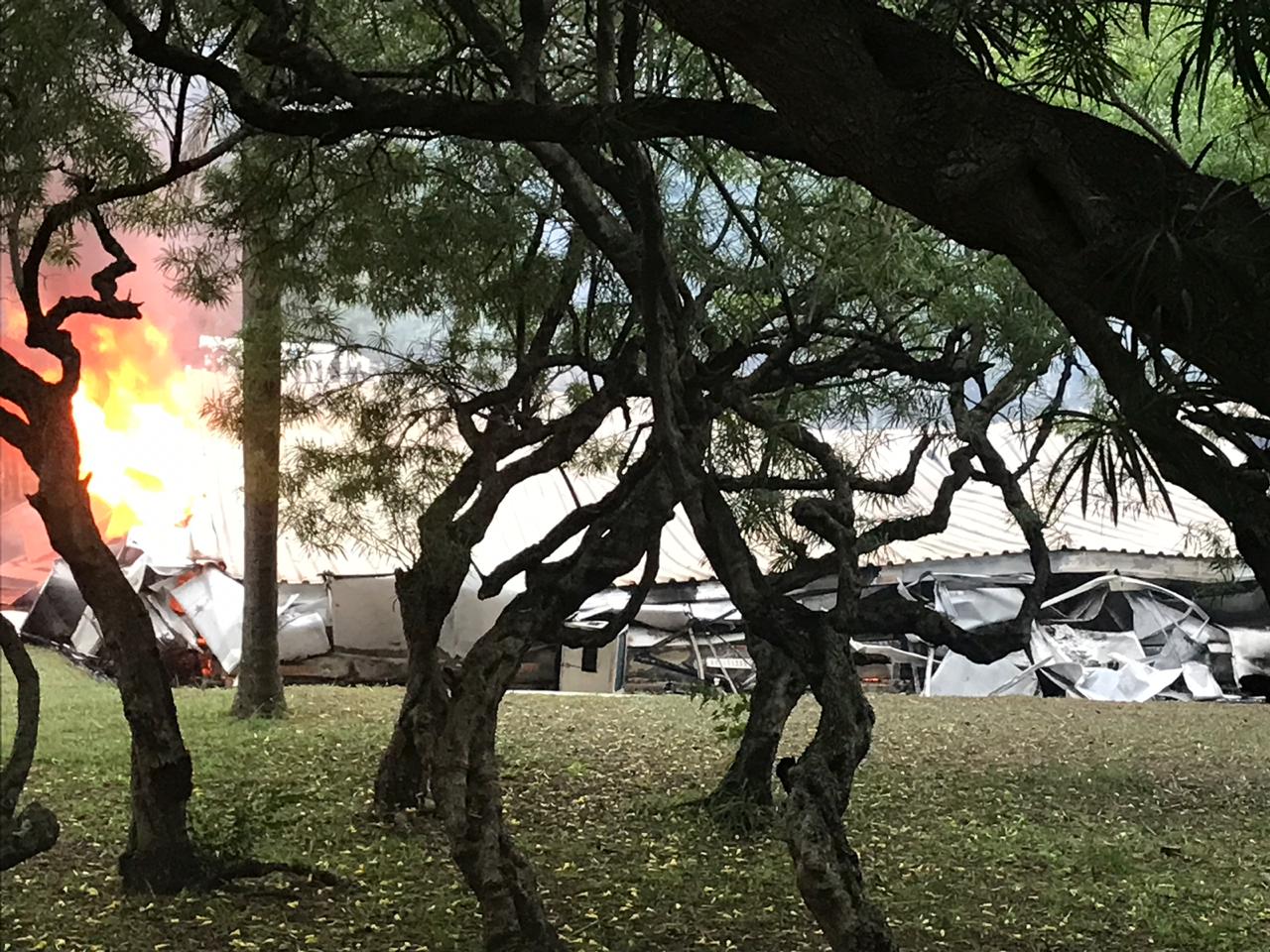 KZN Department for Cooperative Governance and Traditional Affairs (Cogta) is offering a R100 000 reward for information leading to the arrest of individuals responsible for the torching of departmental offices in Mayville in the early hours of the morning. The SAPS and Fire Services are still working on the scene of last night’s fire.

The building served as office space for Cogta Officials and Traditional Leadership support.

“A preliminary assessment of the damages to the park homes that have been burned to the ground is in excess of R17-million. The figure does not include valuable files and critical documents. Such wanton destruction of government property cannot go unpunished. We will see to it that the perpetrators are brought to book,” said KZN MEC for Cogta Nomusa Dube-Ncube.

The same offices were previously attacked this Tuesday by protesters with what seemed to be a petrol bomb which caused some damage. This was during a public protest where vehicles travelling on the Jan Smuts Highway and Vusi Mzimele (Bellair) Road intersection were attacked by land invaders who threw stones at passing vehicles and blocked roads.

“We condemn this direct sabotage of the state infrastructure in the strongest terms. The destruction of government property will ultimately have dire consequences for innocent residents who rely on government services. We are calling upon the law enforcement agencies to leave no stone unturned in their pursuit of the perpetrators of this dastardly deed,” said Dube-Ncube.

The attack on these offices is a serious threat to the safety of staff who work there.

Dube-Ncube has called upon the surrounding communities to come forward with any information that can assist the SAPS with the apprehension of suspects in return for the monetary reward of R100 000. “The perpetrators of this vandalism should be made an example of in order to deter others from destroying state property in future,” said Dube-Ncube.