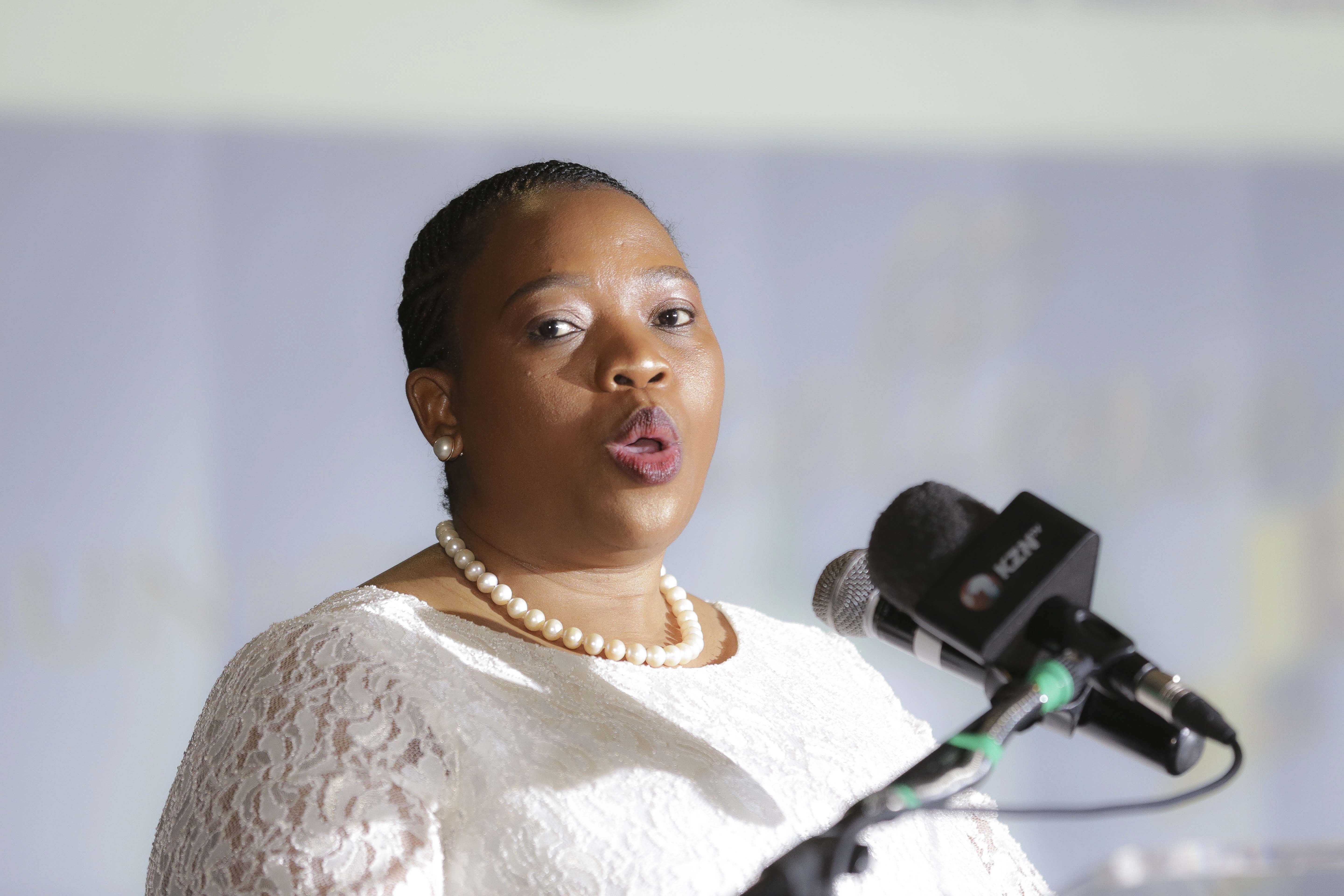 KZN Department of Cooperative Governance and Traditional Affairs (Cogta) has welcomed the judgement by the Pietermaritzburg High Court which upheld the decision by the MEC for COGTA Nomusa Dube-Ncube, to decline approving the appointment of the current serving municipal managers in Nkandla and uMthonjaneni Municipalities.

Dube-Ncube approached the court following refusal by the two municipalities to heed her advice not to appoint the current incumbents in the positions because they were not fit to hold the positions of being Municipal Managers.

Today, Judge Koen J, concurred with MEC Dube-Ncube, that the appointment of the municipal managers at the two municipalities is “invalid, null and void for not being in compliance with the Municipal Systems Act”

Cogta MEC Nomusa Dube-Ncube has hailed the judgement as a victory for good and ethical governance in municipalities.

“This judgement once again assist us in our journey to ensure that those who serve at the coalface of service delivery are competent and capable people”.

DA HUMILIATED AND EXPOSED FOR DECEPTION  AND LIES

The judgement is also a huge humiliation for the Democratic Alliance (DA), particularly its leader Mr Zwakele Mncwango, who went around peddling lies and deceit about the department not acting on these matters while they were already before the courts.

“Today’s court judgement has upheld MEC Dube-Ncube’s view that the two appointments of municipal managers at Nkandla and Mthonjaneni were flawed because of the lack of relevant qualifications of the two candidates.

This is a slap in the face of the DA and exposes its leader as someone who articulates serious matters of public interest from the debt of ignorance.  We always insisted even at the height of lies that the DA was marketing on this matter with an intention of besmirching the public standing of MEC Nomusa Dube-Ncube, that lies have short legs.

Now that the DA fictions and figments of imagination have been exposed by the High Court, the only thing it can do to salvage whatever remains of its reputation is to apologise to the people of KwaZulu-Natal for misleading and deceiving them.

It is common cause that the department is still receiving advise on actions we may consider to take following the reputational impact Cogta experience through the lies peddled by it leader.

As KZN Cogta we have an obligation to ensure that all appointees in municipalities have the requisite qualifications and work experience. The department has exercised this prerogative without fear or favour and at times it has sought to overturn decisions by municipalities when it felt the appointees to some senior posts were unsuitable.

KZN Cogta is vindicated by today’s judgement which has once again proven the importance of an independent review of senior municipal appointments by a provincial government department and which has demonstrated that MEC Dube-Ncube had acted in good faith in the matter of municipal manager appointees at Nkandla and Mthonjaneni.

“MEC Dube-Ncube is pleased with the outcome of this court case and she is weighing her options with regards to the DA’s earlier pronouncements which can only be considered as plainly defamatory. It is unfortunate that the DA has a tendency not to let the truth stand in the way of its lies directed at MEC Dube-Ncube,” said Mabaso.