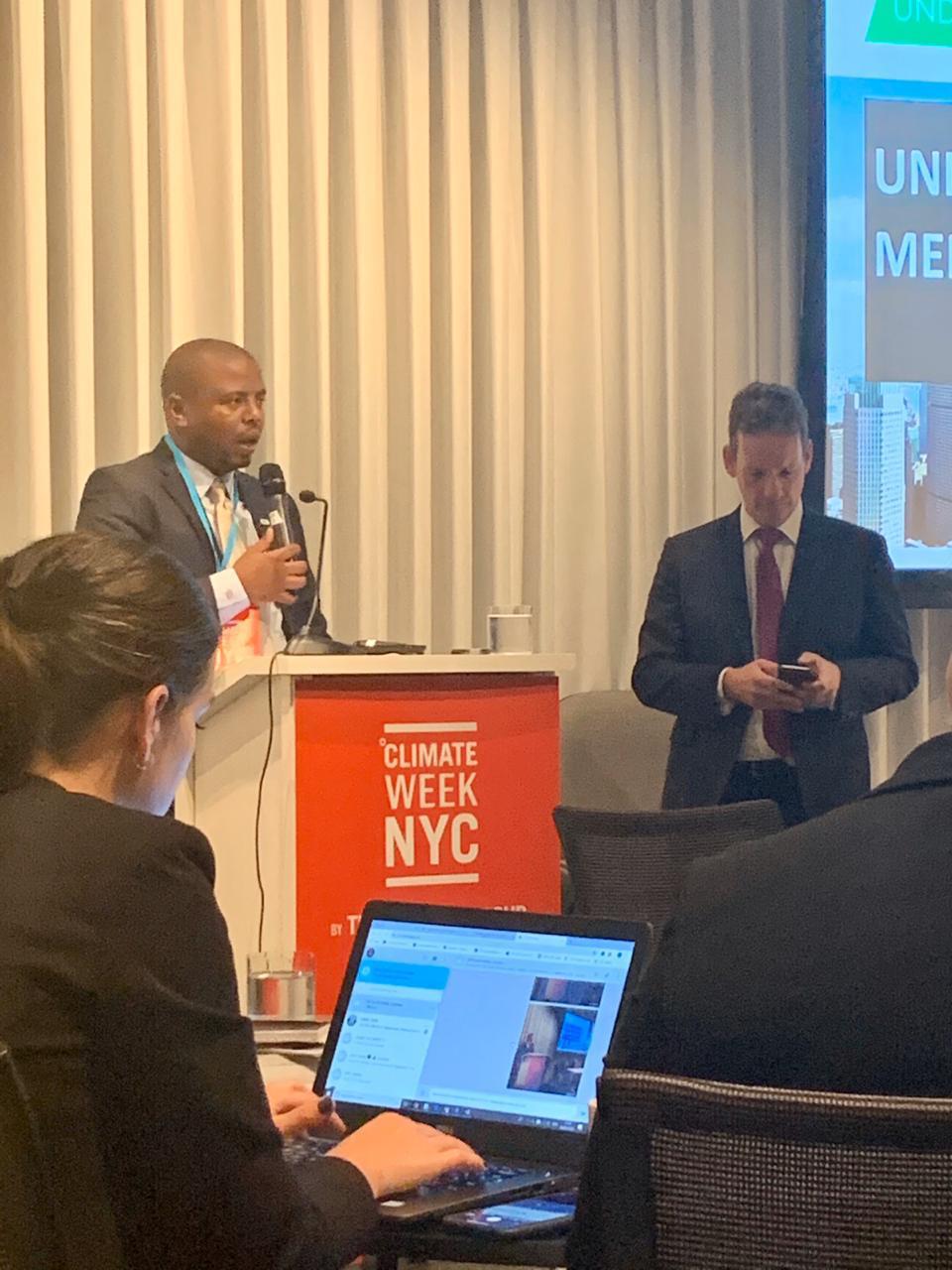 “Africa continues to bear the brunt of climate change more than any other continent. Millions of dollars’ worth of infrastructure is wiped out every year due to bad weather conditions. This calls for all of to act as one in the fight against Climate Change” these were the words by Cooperative Governance and Traditional Affairs MEC, Sipho Hlomuka, who spoke at the Under2 Coalition Members’ Forum, which took place on the sidelines of the New York, Climate Week on Monday.

Hlomuka led a delegation comprising of the Province’s Director-General, Dr Mkhize and other senior officials.

Hlomuka who hails from Ladysmith, spoke at the Under2 Coalition Members Forum which was attended by political leaders, from various states and regional governments.

Hlomuka who spoke on behalf of KZN Premier, Sihle Zikalala, affirmed the province’s commitment to combating climate change. “Our province has suffered immeasurable hard at the hands of climate change. This year we lost 71 lives when floods wreaked havoc in our province. We also continue to have incidents such as lightning strikes, which kills many people, especially in rural areas. As a province, we embarked on several campaigns aimed at educating residents about the dangers of climate change and the need for mindset change and the migration to environmentally friendly products in every area of our lives. As a province, we are committed to combating climate change and have embarked on practical steps on this. We were the first provincial South African government to establish a Climate Change and Sustainable Development Council” said Hlomuka.

The Coalition brings together more than 220 governments spanning six continents and 43 countries of which KZN is a part of.