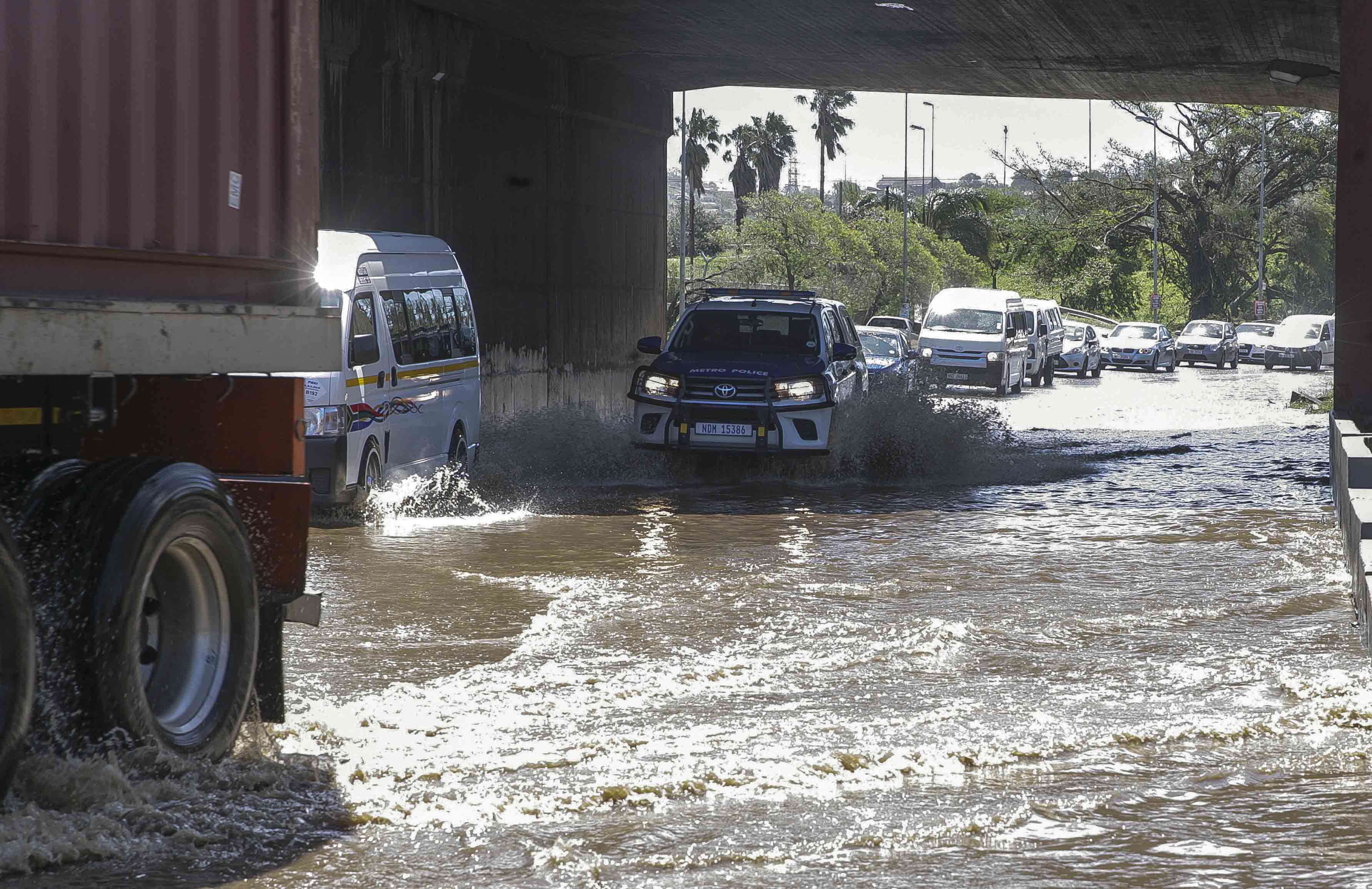 In the aftermath of yesterday’s mega-storm, the KZN Provincial Government together with the eThekwini Metro and other affected municipalities is currently mounting a spirited response as part of efforts to alleviate the impact of the ferocious storm and to bring the lives of the affected residents and businesses back to normalcy.

“We are taking stock of yesterday’s mega-storm and streamlining our joint efforts as provincial and local government to begin with clean-up operations. We wish to assure the communities that our government is on top of its game in our endeavour to minimise the impact of this storm on our residents and businesses,” said Acting KZN MEC for Cogta Weziwe Thusi.

As many as eight casualties have been reported and several communities have been rendered homeless. Many people’s lives have been interrupted by displacement, power outages and severe damage to both public and private infrastructure. In addition, KZN’s schools and hospitals have experienced serious interruptions to their operations.

“A total of 42 schools in KZN were gravely affected by the storm and nine of these are high schools where there are upcoming matric examinations. Plans are however underway to ensure that pupils from all affected schools will be able to sit their exams as per the set schedule and the Department of Education will be communicating directly with the learners and parents,” said Thusi.

“The extent of damage to public and private infrastructure in KZN includes flooded and blocked roads, 19 collapsed buildings and perimeter walls, blocked storm water drains and sewer lines, flooded buildings and households and power outages as a result of electric cable damage. We are currently assisting all displaced communities and working on all necessary repairs,” said Thusi.

The KZN Provincial Government is appealing to all private sector insurance companies to expedite the processing of claims to assist their clients. The provincial executive is also assessing the extent of damages to make a determination on formal declaration of disaster areas if this is deemed necessary in terms of the applicable legislation.

“Unfortunately, we have also experienced incidents where some people used social media for the wrong reasons to disseminate and distribute various hoaxes. We strongly condemn such practices as they cause unnecessary panic. Members of the public are therefore urged to desist from distributing unverified information about the mega-storm, its impact and the clean-up operations,” said Thusi.

Tomorrow, KZN Premier Willies Mchunu will be meeting with the bereaved families in Durban as his government expresses gratitude to the province’s disaster management teams for their hard work and dedication as well as to various NGOs and individuals for their efforts in providing emergency assistance to those in distress. The government’s appeal is for these activities to continue.