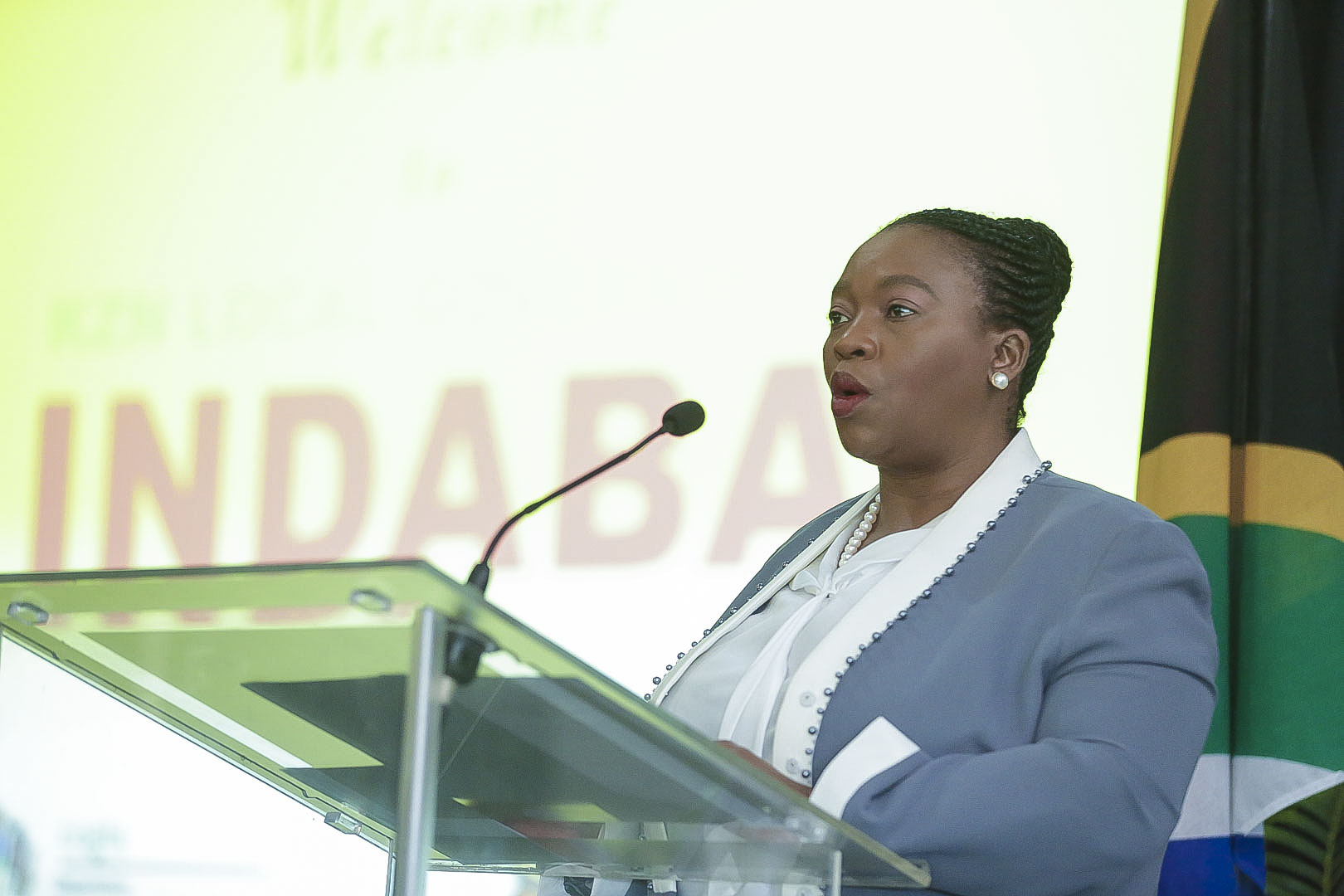 Statement by the MEC for Cooperative Governance and Traditional Affairs, Honourable Nomusa Dube-Ncube in response to the allegations peddled by the Democratic Alliance

Ladies and gentlemen of the media

One of the respected writers once said that “in the new century, the likelihood of untruth has become so much more prevalent”.

There can be no better evidence of this expression than the dose of untruthful, biased and misleading propaganda dished out at the Democratic Alliance’s media briefing today. In fact, what we are witnessing is a classic case of a slowly but surely dying Democratic Alliance believing in its own delusions. In their obsession and an act of desperation to defame us, especially taking the context and the timing, the DA has served nobody, other than being mercenaries of their handlers and purveyors of fake news that is inaccurate, out of context and devoid of any real facts.

What was dished out today was nothing but a rapid repackaging of largely unchecked, second-hand material, much of it designed to serve the political interests of those who provided it to them and play to the gallery on the eve of the ANC Elective Conference.

Under normal circumstances, we would not have responded or dignified the DA’s garbage with our comments, but because our vulnerable members of the public are now victims of being infected with falsehood, distortion and propaganda, we feel obligated to protect them. The so-called explosive dossier is nothing more than a hasty, incomplete, and inevitably flawed and inaccurate rendering of some of the things we have heard about since we arrived in this department. The most interesting thing is that this propaganda offensive gets into overdrive every time there is an ANC conference.

Some of the distortions peddled today are what we have been responding to and addressing, however, in a strange, alarming and generally unnoticed development they get recycled and get pumped out as new information as a way of enhancing the waning fortunes of the Democratic Alliance and their handlers.

We note with concern, anger and disbelief, the relentless efforts to drag my name and that of the department into the private affairs of my husband who is a long standing and reputable businessman. This is deliberately concocted in order to create an impression in the public mind that there are mischievous dealings on my part which has facilitated the awarding of the contracts in some municipalities.

I would like to state for the record that any allegations of corruption or irregularities are viewed in a serious light and must be investigated without fear or favour and regardless of who is involved and if wrongdoing is proven, appropriate actions and sanctions should be taken. Today we have brought evidence of the forensic investigations, we have undertaken in various municipalities, without fear or favour.

I am concerned about the ongoing fishing expedition to link me to the business involvement of my husband which I consider, in the absence of any tangible proof, to be a political witch hunt and a trial in the court of public disinformation.

The fact of the matter is that my husband’s business involvement in the public and the private sector far predates our personal relationship and marriage. The timing of these allegations and the mission to discredit me is as interesting as the omission of my husband’s long standing business involvement with municipalities, which dates back to when I was still Ambassador based in the Czech Republic and had no knowledge that one day I will be the MEC responsible for municipalities.

I note with concern the selection of narratives to exclude business involvement of my husband beyond the borders of KZN and South Africa, which is deliberately done to create an impression that his businesses are prospering because of my tacit blessing and that I had turned a blind eye to the alleged irregularities because of our relationship. I am also not surprised that these allegations are beginning to feed an opportunistic political campaign to discredit me and my public standing.

I want to state for the record that I am an independent woman with a career of my own dating back for more than 38 years. In all these years, I have always been able to distinguish between the responsibilities I have been given in terms of my job and my private life. Clearly this is a deliberate campaign to impugn my reputation in the court of public disinformation. I have, since our marriage, submitted Financial Disclosures to both the Provincial Executive Council and the Provincial Legislature as required by the Executive Members’ Ethics Act, 1998, (Act No. 82 of 1998), that included a disclosure of my husband’s entire business interests. This, however, should not define me as I have always had my own career and property even before I met my husband.

I take serious exception to not being defined through my own credentials. What is evident in the DA allegations is that it has become part of the machinery of patriarchy advocates and cheerleaders of male chauvinism to run a malicious and barbaric agenda that is aimed at stripping me of my dignity and identity as a woman, and defining me through a man. I consider the DA’s actions demeaning and insulting to women like me.

As a matter of fact, I do not sit in any interviews or appointment of senior managers in municipalities. I also do not participate in supply chain processes, not even in the department. I therefore feel prejudiced with the selective use of my name to define me through my husband’s business matters. My appeal is that inferences should not be drawn as to cast aspersion on my integrity on matters I have nothing to do with and in which my partner’s act of impropriety has not been mentioned or proven.

The despicable and amateurish attempts by the hired guns – the Desperate Alliance – will not succeed and, in fact, South Africans will become wise to the fact that the DA is now a mercenary under the control of hidden masters.

The Notice of Motion involving the Nkandla Municipality was issued by the Registrar of the High Court in Pietermaritzburg on 11 May 2018, and allocated Case No. 5369/18P, before the papers were filed and served on all the Respondents. To date, neither the Municipality, nor either of the other two Respondents have filed a Notice to Oppose, as a result of which the matter will be heard in Court on 28 June 2018, on which date my legal representatives will request the Court to grant the order setting the appointment of the Municipal Manager aside. Copies of the application are available in the High Court in Pietermaritzburg, but can be made available if requested.

The Notice of Motion involving the Mthonjaneni Municipality was similarly issued by the Registrar of the High Court in Pietermaritzburg on 11 May 2018, and allocated Case No. 5370/18P, before the papers were filed and served on all the Respondents. In this matter all three Respondents have filed Notices of Opposition, and pleadings are currently being exchanged whereafter the matter will be set down for argument of the Opposed Motion Roll.

Whilst I have noted the allegations, I am of the opinion that the allegations are defamatory in nature, and I reserve my rights in this regard. I will consult with my legal advisors and then decide on the appropriate response to the allegations, which I have shown to be devoid of any truth whatsoever.