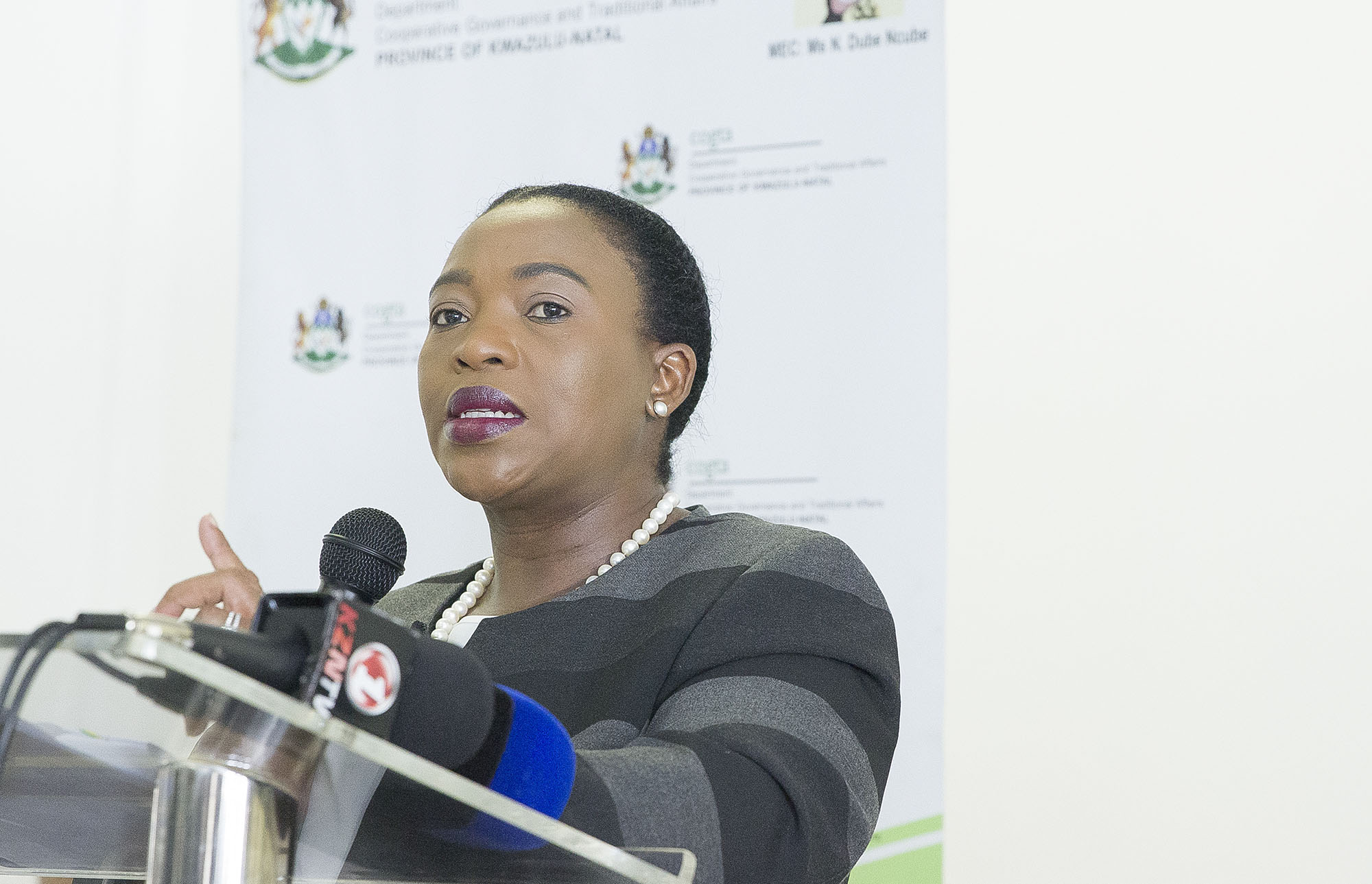 KZN MEC for Cooperative Governance and Traditional Affairs (Cogta) Nomusa Dube-Ncube has expressed her sadness and shock at the passing of Councillor Mfundo Mthenjane who served as the Speaker of the uMhlathuze local municipality in Richards Bay, Northern KwaZulu-Natal.

Mthenjane a well-known community activist with a prolific record in the struggle and community development passed away yesterday after a short illness.

“Today as the local government fraternity in KwaZulu-Natal, we mourn the loss of a champion of community development, whose work and contribution has given hope and reality of freedom to many communities in uMhlathuze.  We are saddened by the loss of Speaker Mthenjane who passed away after a short illness. His tragic passing is a blow to the City of uMhlathuze whose rapid development he had pioneered throughout his career in the public service. History will indeed remember councillor Mthenjane as a gifted leader, a patriot and a true servant of the people especially in the Esikhaleni area where he honed his leadership acumen,” said Dube-Ncube.

KZN Cogta has also been highly appreciative of the way Speaker Mthenjane had conducted the business of the uMhlathuze council with decorum and  decisions were always taken after proper consultation and meaningful discussion with all relevant stakeholders,” said Dube-Ncube.

The department is in contact with the bereaved family regarding the funeral arrangements and, once confirmed, these will be communicated to the public.

May his soul rest in peace!